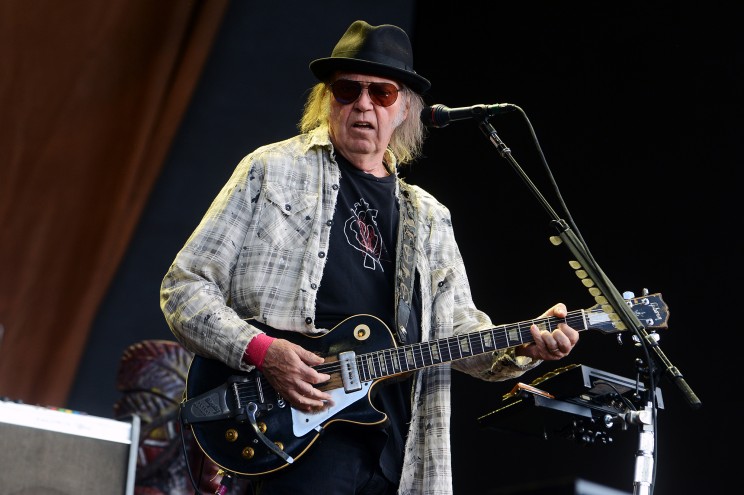 Streaming of Neil Young’s songs has increased 38% since his exit from Spotify in a flap over Joe Rogan’s podcasts, according to Merck Mercuriadis, the owner of half of the rights to the Canadian-American rocker’s catalog. Young pulled his music after Spotify refused his demand to sever ties with Rogan, the host of the popular Joe Rogan Experience podcast, whom he accused of “spreading fake information about vaccines.” In 2020, Spotify signed Rogan, whose podcast amassed a following of millions of fans on YouTube, to a licensing deal reportedly worth $100 million. “The interesting thing about Neil is that his consumption has gone up in the two weeks since he came off the service,” Mercuriadis told Bloomberg. “We’re at 38% up in streaming alone, and we’re hundreds of percentages up in terms of album sales and that.” Mercuriadis, the co-founder and CEO of intellectual property rights firm Hipgnosis Songs Fund, said he supported Young’s decision to go to war with Spotify last month. He called on the Swedish streaming giant to “put health warnings on (Joe Rogan’s) podcasts and I think they should stand up and applaud Neil for taking a strong position.” Young was outraged over an interview Rogan conducted in December with Dr. Robert Malone, a virologist who was banned from Twitter for his comments about Pfizer’s COVID-19 vaccine. The “Rockin’ in the Free World” crooner set off a chain reaction that inspired other artists to either pull their content from the popular streaming platform or to announce a “pause.” They include Joni Mitchell; Crosby, Stills, and Nash; podcaster and author Roxane Gay; self-help guru Brene Brown; Grammy Award-winner India.Arie; and Sophia Bush. Daniel Ek, the Spotify CEO, told employees on Sunday that he has no plans to “cancel” Rogan after viral videos showed the podcaster utter the N-word. “Not only are some of Joe Rogan’s comments incredibly hurtful — I want to make clear that they do not represent the values of this company,” Ek wrote in the memo. Nonetheless, Ek said he would stick by Rogan, though Spotify has culled more than 100 past episodes of his podcast whose content was deemed problematic by critics. “While I strongly condemn what Joe has said … I realize some will want more,” he said. “I want to make one point very clear — I do not believe that silencing Joe is the answer. We should have clear lines around content and take action when they are crossed, but canceling voices is a slippery slope.”