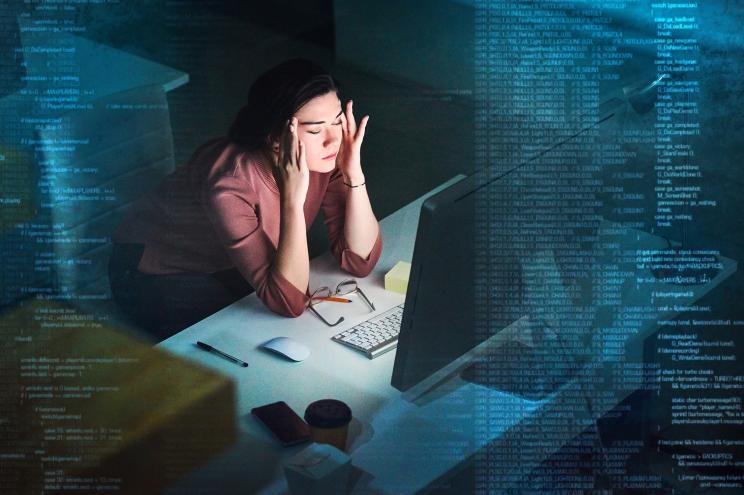 Technology companies in May axed employees at the highest rate in two years, as rising interest rates and a stock market selloff squeeze startups and Big Tech firms alike. Sixty-six tech firms handed out a whopping 16,800 pink slips last month. That’s more than the 13,600 layoffs across 52 companies during the first four months of 2022 combined — and the most employees to get the axe in a single month since May 2020, according to tech jobs tracking site layoffs.fyi. The news comes after tech companies hired aggressively and competed fiercely for talent in late 2020 and 2021 as they were buoyed by low interest rates and surging stock prices. The money has since largely stopped flowing, with the tech-heavy Nasdaq Composite Index down 23.2% this year and venture capital funding drying up. John, a tech worker who spoke to The Post under a pseudonym, left a long-time tech job in March to join Bolt — an unprofitable checkout payments company that’s raised more than $1 billion in venture capital. Less than a month into John’s time at Bolt, the company’s CEO told employees he was instituting a hiring freeze. Then last week, Bolt laid off John and hundreds of other employees through video calls, giving him six weeks of severance pay. “I was barely there for two months,” John said. “I feel deceived.” John and the thousands of other tech workers from companies including Netflix, PayPal, Getir, Klarna and Carvana who were laid off in May could have a difficult time finding new jobs. Large tech firms including Facebook parent Meta and Twitter have both frozen hiring altogether for some departments, while other companies including Microsoft, Snap, Uber, Salesforce, Instacart and Coinbase have slowed hiring. On Blind, a forum for tech workers, the mood turned sour in May as more companies implemented layoffs. “Let’s prepare for the worst,” one Roku employee wrote last week, writing that it’s a “matter of time” until the tech “bloodbath” ramps up. In another thread, an Amazon employee gave advice to other tech workers: “Please don’t go into depression. Don’t sell your homes. Don’t sell your car. Keep interviewing.” see also In what’s likely distressing news for many tech workers, legendary venture capitalist and Meta board member Marc Andreessen wrote on Twitter in April that tech companies have much more room to make cuts. “The good big companies are overstaffed by 2x,” Andreessen said. “The bad big companies are overstaffed by 4x or more.” Brian Kropp, chief of human resources research at the consulting firm Gartner, told The Post that unprofitable, venture capital-backed startups are more likely to make deep cuts during the current downturn than bigger, publicly traded firms. “As VCs have less access to essentially free money, they’re expecting returns from companies,” Kropp said. But despite the dismal mood among some tech workers, Kropp doesn’t expect the current downturn to translate into an industry-wide washout. He predicts that the number of layoffs in the coming months are unlikely to top the 16,800 dumped in May. “There isn’t evidence to say that it will get worse,” Kropp said. Outside of tech, the labor market appears to remain very tight. Recent Gartner research shows that just 4% of US companies have started laying off employees, while 7% have frozen hiring and 15% have started slowing down hiring, Kropp said. And a recent Gartner survey of human resources executives showed that 50% believe employees will be harder to find during the rest of 2022, while 25% believe the labor market will stay the same and 25% believe it will get looser. “The average company still thinks the labor market is very competitive,” Kropp said. Yet John has found it hard to land a new job, saying that the most desirable tech companies have few if any open positions. “It doesn’t seem like all of the big-name brand companies are hiring,” he said. “I basically have to go begging back to my previous job to see if they’ll take me back.”