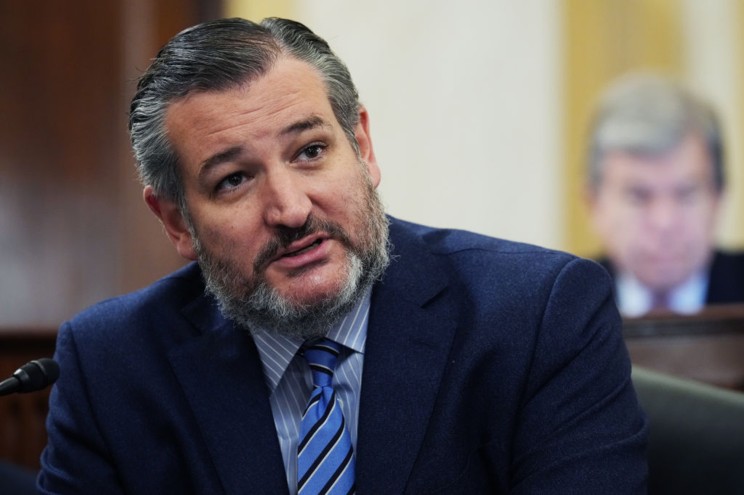 Count Sen. Ted Cruz among those who are betting that bitcoin and other cryptocurrencies are set for a rebound in the coming months. Cruz (R-Texas) bought between $15,001 and $50,000 of bitcoin in a transaction dated Jan. 25, according to a Senate financial disclosure. The Texas senator made the purchase on River Financial, a leading digital marketplace for bitcoin. The timing of Cruz’s purchase indicates he “bought the dip” on bitcoin. A single token of the leading cryptocurrency was worth approximately $36,980 on Jan. 25, according to Coin Base. Bitcoin’s price was down a considerable amount from its peak in November, when one token was worth $69,000. Assuming Cruz still owns the bitcoin, he already stands to benefit from the purchase. Bitcoin’s price hovered near $43,000 as of Monday morning. Cointelegraph was first to report on Cruz’s disclosure. Cruz is one of several US lawmakers who are bullish on the long-term prospects of cryptocurrencies and blockchain technology. Last August, Cruz joined fellow cryptocurrency touts, including Twitter founder Jack Dorsey and Tesla CEO Elon Musk, in opposing a proposal for President Biden’s Build Back Better Act that would tax digital currency transactions. “The infrastructure deal contains DANGEROUS provisions that would devastate crypto and blockchain innovation,” Cruz tweeted at the time. In November, Cruz backed a resolution to allow vendors active on Capitol Hill to accept cryptocurrencies as payment. As The Post previously reported, New York City Mayor Eric Adams requested his first three paychecks be converted into cryptocurrencies — a plan that hasn’t resulted in a windfall for his finances so far. Analysts have attributed the plunge in cryptocurrency prices since last November to various factors, including geopolitical tensions in Kazakhstan and Ukraine, fears of regulation in China and Russia and mounting concerns about the Federal Reserve’s plan to hike interest rates. Downturns in crypto prices have coincided with plunges in US tech stocks on several occasions, as investors shed riskier assets to prepare for tighter economic conditions. The selloff has sparked fears among some prognosticators, including analysts at UBS, about a coming “crypto winter,” or long-term crash in prices. But bitcoin and other leading digital currencies have pared some losses in recent days, stoking optimism that the downturn will end sooner than expected.