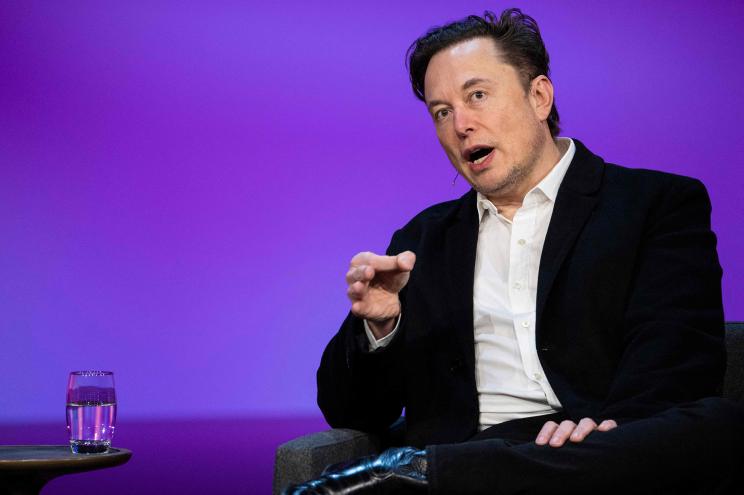 An attempt to muzzle Elon Musk during his ongoing legal battle with Tesla shareholders over his infamous 2018 “funding secured” tweet could improperly limit his ability to discuss his ongoing bid to buy Twitter, the billionaire’s legal team argued in a new court filing Wednesday. Musk’s attorney, Alex Spiro, slammed the plaintiffs’ motion for temporary restraining order during a class-action lawsuit in which shareholders are seeking billions of dollars in damages. In the filing, Spiro argued the request for an order barring the Tesla CEO from making public statements related to the case should be denied – describing it as an attempt to “trample on Elon Musk’s First Amendment rights by barring him from publicly discussing this case or its underlying facts.” “Plaintiff’s unconstitutionally overboard and vague proposed restraint seemingly would inhibit Mr. Musk’s ability to communicate with Tesla’s shareholders, communicate regarding his current proposal to purchase Twitter, and fully pursue his legal rights in the separate SEC action,” Spiro, a partner at Quinn Emanuel Urquhart & Sullivan, wrote in the filing. The shareholders claim they lost money after Musk tweeted that he had secured funding to take Tesla private at $420 a share. Musk has denied he was lying in the tweet, which triggered the class-action lawsuit as well as an ongoing legal battle with the SEC. The filing from Musk’s team pushes back on the defense’s claim that the brash tech entrepreneur was attempting to influence potential jurors through comments he made in a recent interview during a TED conference in Vancouver – when Musk reiterated that “funding was indeed secured” and referred to the SEC as “bastards.” The document also asserts that a gag order would have consequences that “extend far beyond this litigation” – including a potential impact to Musk’s $43 billion bid to acquire Twitter, his legal fight with the SEC and his effort to communicate with Tesla shareholders about the company’s business. “Plaintiff’s request for a gag order is not designed to limit certain narrow forms of speech to ensure a fair trial; it is instead designed to silence Mr. Musk’s statements outside the context of this litigation,” the filing said. Adam Apton of law firm Levi & Korsinsky, the lead attorney for the shareholders, did not immediately return a request for comment. The plaintiffs’ legal team asked a federal judge to muzzle Musk shortly after his appearance at the TED conference. During the event, Musk also said that he was essentially forced to reach a settlement with the SEC over his 2018 tweet because banks said they would stop financing Tesla unless he did. “Musk’s comments risk confusing potential jurors with the false narrative that he did not knowingly make misrepresentations with his Aug. 7, 2018, tweets,” lawyers for the stockholders said. “His present statements on that issue, an unsubtle attempt to absolve himself in the court of public opinion, will only have a prejudicial influence on a jury.” In other court documents, attorneys for the Tesla shareholders said the case’s judge had agreed with their assertion that Musk knowingly made false claims about having secured funding – citing an earlier order that was not initially part of the public court file. In separate proceedings, Musk is asking a court to lift a consent decree included in his 2019 revised settlement with the SEC, which includes a provision requiring Tesla attorneys to read and approval all of his tweets before they can be posted. Meanwhile, Twitter’s board of directors has taken a defensive measure in response to Musk’s bid to buy the social media platform – enacting a “poison pill” that triggers if he acquires more than 15% of the company. As The Post reported, Musk is scrambling to find partners to co-finance his Twitter bid – and is willing to put up as much as $15 billion of his own money to close the deal. With Post wires