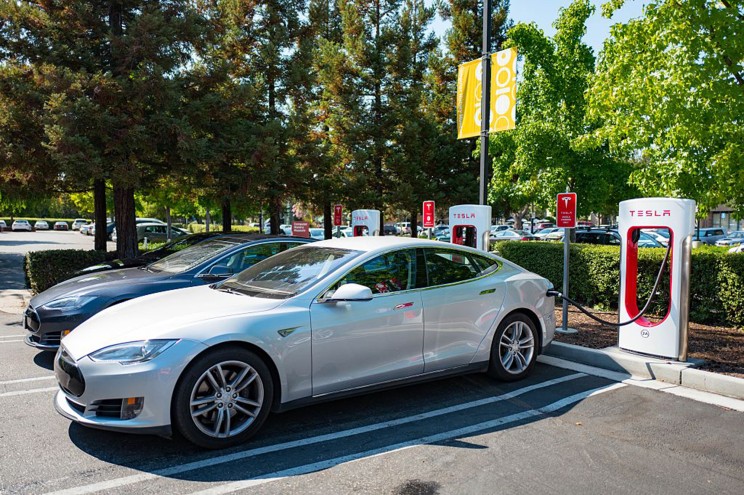 Federal auto safety regulators are probing hundreds of complaints from Tesla drivers who say they have experienced a phenomenon dubbed “phantom braking.” The people who have filed complaints say the brakes engage while using the “Autopilot” semi-autonomous driving system in their Teslas. The National Highway Traffic Safety Administration said it has “received 354 complaints alleging unexpected brake activation in 2021-2022 Tesla Model 3 and Model Y vehicles” over the last nine months alone. The agency’s Office of Defects Investigation is probing “the scope and severity of the potential problem.” The preliminary investigation applies to an estimated 416,000 Tesla vehicles. “The complaints allege that while utilizing the [advanced driver assistance system] features including adaptive cruise control, the vehicle unexpectedly applies its brakes while driving at highway speeds,” the NHTSA said in a notice published on Wednesday. Federal officials said the initial complaints report the “rapid deceleration can occur without warning, at random, and often repeatedly in a single drive cycle.” Tesla did not immediately return a request for comment. The company dissolved its press relations department in late 2020. The latest investigation marks another challenge for Tesla, which is under increasing scrutiny from federal officials as its sales surge. see also The company has conducted at least 11 recalls over the last few months to address issues ranging from seatbelt alert features to concerns that Tesla “Full Self Driving” beta software was causing vehicles to roll through stop signs. Earlier this month, Tesla founder Elon Musk called federal regulators the “fun police” after the company issued a recall to tweak a “Beatbox” program that allowed drivers to replace their car horns with custom sounds, such as fart or goat noises. Safety officials were concerned the feature could drown out the sound of a pedestrian warning system. Musk also lashed out at the Associated Press over its coverage of the recall over apparent rolling stops, accusing a journalist of acting as a “lobbyist” against Tesla. Aside from the frequent recalls, the NHTSA is actively investigating Tesla’s Autopilot program to assess reports that its failure to detect stopped emergency vehicles resulted in several crashes. Musk has argued the program is safe to use.