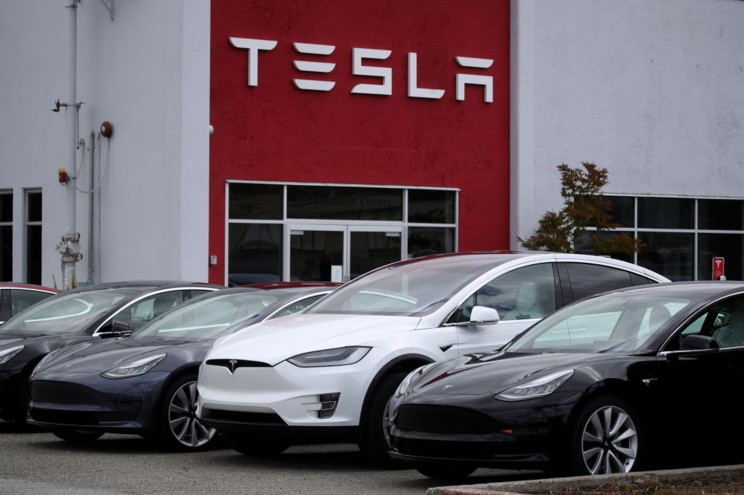 Tesla will recall 54,000 electric cars in order to disable a self-driving feature which prevents them from coming to a full stop at intersections with stop signs. The Teslas being recalled have an autonomous “rolling stop” function in which they move slowly through a stop sign without coming to a full halt. In most states, vehicle are required to come to a complete stop at intersections outfitted with stop signs. The National Highway Traffic Safety Administration said the self-driving feature endangers driver safety since “failing to stop at a stop sign can increase the risk of a crash.” According to the NHTSA, Tesla introduced the rolling stop functionality in October as part of a menu of optional “profiles” that drivers can pick if they choose self-driving features. Drivers could alternate between “chill,” “average,” and “assertive” — the last of which has the car “perform more frequent lane changes, will not exit passing lanes, and may perform rolling stops.” The company headed by billionaire Elon Musk told authorities that the “rolling stop” can only be performed if the vehicle is traveling at speeds below 5.6 miles per hour and if no other cars, pedestrians, or bikes are detected in the vicinity of the intersection. As of late January, there have been no injuries, crashes, or fatalities as a result of the “rolling stop” feature, according to the car company. Tesla will recall Model S and Model X sedans manufactured between 2016 and 2022; Model 3 cars which rolled off assembly lines between 2017 and 2022; and Model Y vehicles sold between 2020 and 2022, according to regulators. Tesla plans to update the software on the recalled vehicles. The Post has reached out to Tesla seeking comment. It’s the third time in the last three months that Tesla has ordered a recall of thousands of its vehicles. In late December, Tesla recalled nearly half a million of its vehicles due to malfunctioning rearview cameras and misaligned hood latches that could increase the risk of accidents. In November, Tesla recalled more than 11,700 cars sold in the US since 2017 due to a self-driving software issue that could activate the emergency brakes unexpectedly.