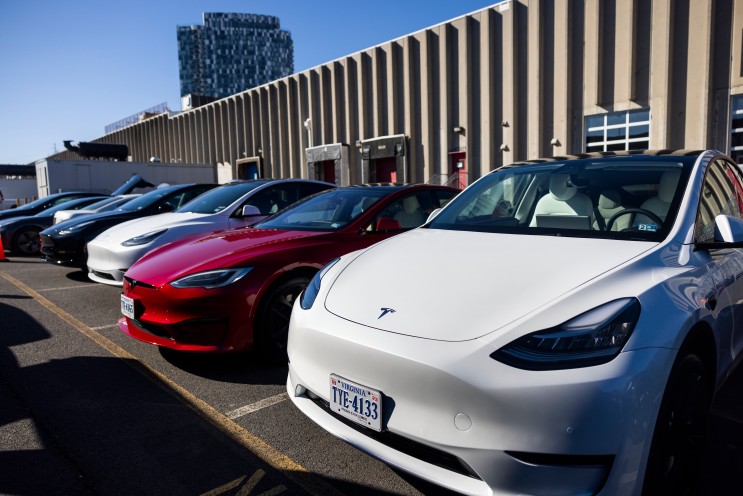 Tesla is recalling 947 vehicles in the US because the rearview image may not immediately display when they begin to reverse, the National Highway Traffic Safety Administration said. The automaker told the NHTSA the recall covers some 2018-2019 Model S, Model X, and 2017-2020 Model 3 vehicles equipped with Autopilot Computer 2.5 and operating certain firmware releases. The vehicles do not comply with a federal safety standard on rear visibility. Tesla will perform an over-the-air software update to address the issue. NHTSA said a delayed rearview camera image reduces the driver’s rear view and increases the risk of a crash. This is the latest in a series of recalls Tesla has conducted for software issues in recent months. Tesla on Dec. 19 began deploying firmware to a limited number of vehicles and its fleet monitoring tool soon “identified an abnormal frequency of computer resets among Model 3 vehicles” with that update, according to the recall notice dated March 18 but made public on Friday. Tesla said “over the following week, an engineering investigation into the condition identified a software error as a potential cause for further assessment.” Starting Feb. 9 after talks between Tesla and NHTSA to review consumer complaints that alleged delayed or unavailable rearview image displays, more than a dozen tests were conducted. Tesla said that “despite not finding a noncompliance in the tests that Tesla conducted, a recall determination was made out of an abundance of caution to recognize the potential presence of a noncompliance in affected vehicles.”