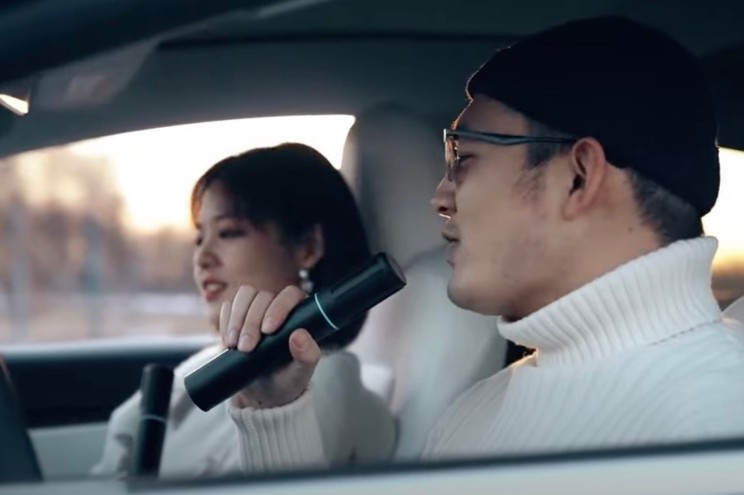 Tesla’s version of “carpool karaoke” is already a hit with customers in China. Elon Musk’s electric vehicle firm began selling “TeslaMic,” which includes a pair of Tesla-branded wireless microphones that links to an in-car karaoke system, through its online store last week. The product is available only in China and priced at the equivalent of $188. The first batch of “TeslaMics” sold out less than an hour after they went online in China. The microphone set’s release coincided with a local Tesla software update for the Chinese New Year, the Wall Street Journal reported. The update enables Tesla drivers to access karaoke songs and videos within their cars when the vehicle isn’t in motion. Tesla representatives did not immediately return a request for comment on whether the karaoke mic will be eventually be sold in the US. Tesla first introduced a “car-aoke” feature for its US customers through a software update in 2019. However, the US version can be used while the car is in motion and does not include access to music videos. The auto maker’s penchant for including entertainment options in its vehicles recently drew scrutiny from federal officials. In December, Tesla agreed to stop users from playing video games accessible through its in-car computer while vehicles are in motion due to safety concerns. Tesla also has a long history of offering outside-the-box products in its online stores. The company offers a “Cyberquad for Kids” that’s modeled after its Cybertruck, though it is currently sold out. Last month, Musk announced that Tesla would allow customers use the cryptocurrency meme token Dogecoin to buy some products, including the Cyberquad.