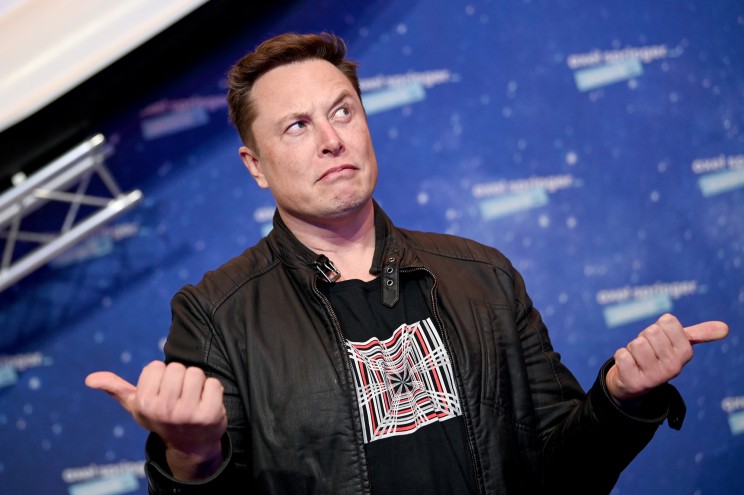 Tesla is still big on bitcoin. Elon Musk’s electric automaker said Monday that its bitcoin investments were worth $1.99 billion as of Dec. 31 — after buying $1.5 billion worth of the cryptocurrency in early 2021. Tesla also sang the digital coin’s praises in a securities filing. “We believe in the long-term potential of digital assets both as an investment and also as a liquid alternative to cash,” the company wrote. Tesla first made waves in February 2021 when it said it had bought $1.5 billion worth of bitcoin and planned to start taking the cryptocurrency as payment for its vehicles, sending the price of the cryptocurrency to what was then an all-time high. The automaker officially started taking bitcoin in March before suspending payments in May due to what Musk said was the excessive use of fossil fuels in crypto mining. Tesla made a significant chunk of change when it sold off some of its bitcoin in March 2021, Monday’s filing shows. The company reported realized gains of $128 million in connection with the sale. In an accounting quirk, companies are required to report when the value of a cryptocurrency falls below the price they paid for it — but not when the crypto recovers. And as crypto took a wild ride in 2021, crashing below $30,000 in July before hitting an all-time high of more than $67,000 in November, Tesla’s bitcoin holdings were sometimes worth less than the company paid for them. Therefore, Tesla reported $101 million in bitcoin-related impairment losses in 2021 even as the value of bitcoin increased during the overall year. Musk has said Tesla will “most likely” start accepting bitcoin again once more renewable energy is used to mine the digital currency. He has also boosted the puppy-themed cryptocurrency dogecoin. In January, Tesla began accepting dogecoin for some merchandise, including belt buckles and whistles. Tesla did not immediately respond to a request for comment.