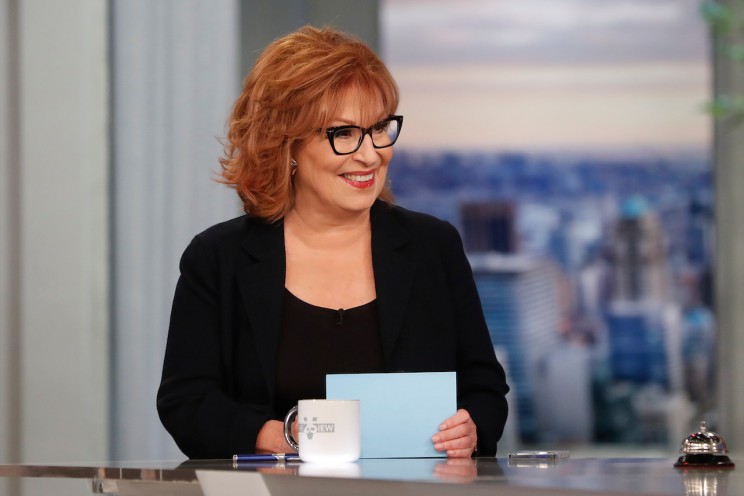 “The View’s” most vocal co-host is remaining muzzled. Joy Behar says she is going to wear a face mask in public spaces “indefinitely” — even after health officials say it is safe to take them off. The liberal commentator, 79, made the claim on the ABC chat show Thursday, during a segment discussing how the CDC will likely ease its guidance on mask-wearing in the near future. “Personally, I listen to the little voice in my head that doesn’t really follow 100% what they tell me because they keep changing it,” Behar stated. “A very short time ago, they were saying put the N95 masks on, and now make sure it’s…” she added, trailing off, “and now they’re saying you don’t have to wear them anymore.” The comedian continued: “So if I go on the subway, if I go in a bus, if I go into the theater …. a crowded place, I would wear a mask, and I might do that indefinitely. Why do I need the flu or a cold even? And so I’m listening to myself right now. I don’t think it’s 100% safe yet.” CDC EXPECTED TO RELAX MASK MANDATES: With the CDC expected to issue new indoor mask guidance as early as next week, #TheView co-hosts and guest co-host @drlaurenawright discuss the messaging and question how schools should handle masking. pic.twitter.com/KvMPfu9fi0— The View (@TheView) February 17, 2022 Behar’s comments come a day after CDC Director Rochelle Walensky said Wednesday that her agency would “soon put guidance in place” on mask-wearing that will be based on science and data. At the moment, the agency advises Americans to mask-up in indoor public places if they “are in an area of substantial or high transmission.” According to the CDC, the current average of daily new COVID cases decreased 42.8% in the week from February 9. Last September, Behar was embroiled in a COVID scandal at “The View,” when her co-hosts Sunny Hostin and Ana Navarro “tested positive” to the virus while live on-air. Behar was seated just meters from the two women, who were forced off-stage by producers. It was later revealed that Hoston and Navarro’s test results were “false positives” and that they were actually COVID-free. Meanwhile, Behar has been in the headlines again this week, after reigniting her feud with former co-host, Meghan McCain. The funnywoman penned a snarky remark on Twitter after McCain posted a gushing Valentine’s Day tribute to her husband, Ben Domenech. A user replied to McCain’s post, “Does every thought and sentiment need to be on Twitter?”. Behar then responded in a now-deleted tweet: “Apparently.” A short while later, McCain posted screenshots of the thread and wrote, “Imagine spending your Valentine’s Day trolling your ex-colleague’s tweet about her husband.” She later described Behar as “pathetic.”