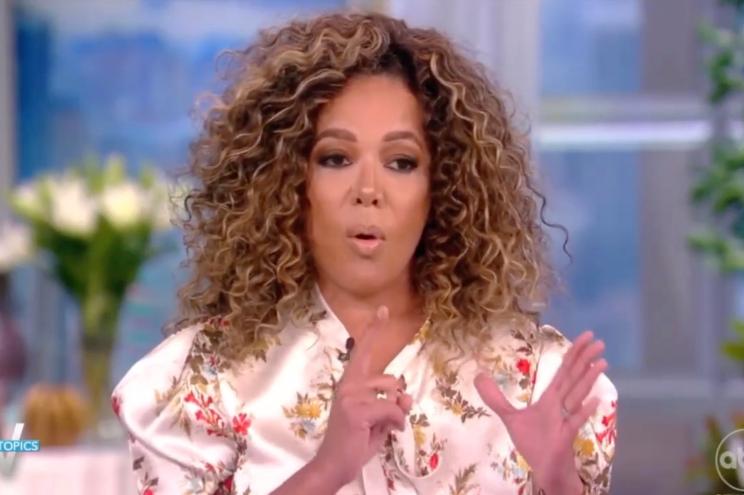 The protest by a climate activist who smeared cake on the Mona Lisa’s protective case divided co-hosts on Tuesday’s edition of “The View” – with panelist Sunny Hostin among those who argued the stunt achieved its goal by sparking conversation about the environment. Videos circulating on social media showed a man disguised in a wig and wearing lipstick jumping out of a wheelchair at the Louvre in Paris on Sunday. Reports said the man initially tried to smash the bulletproof case. “I think they work. We’re talking about it,” Hostin said. “I think climate change is something that we ignore so much, not only in this country but around the world. Obviously we’re talking about this issue.” But “View” guest-host Tara Setmayer slammed the protest as “asinine” and said the man had failed to achieve his goal. “We’re talking about the fact that he smeared, he defaced the Mona Lisa. I mean, it’s bulletproof protected, but…it’s a priceless work of art,” Setmayer said. “We’re talking about that as opposed to what the issue is that he’s actually protesting. So I think stunts like that don’t work at all,” she added. MAN ATTACKS MONA LISA IN CLIMATE PROTEST: A man was arrested at the Louvre for throwing cake on the glass protecting the Mona Lisa, claiming he did it to protest the people destroying the planet — the co-hosts and guest co-host @TaraSetmayer react. pic.twitter.com/n5U58LWGnV— The View (@TheView) May 31, 2022 Co-host Joy Behar joined Hostin in claiming the stunt sparked discussion about climate change, noting the man “didn’t ruin” or “touch the Mona Lisa.” Fellow host Whoopi Goldberg disagreed, pointing out that the vandalism, whatever its intention, had put the 16th-century masterwork at risk. “It’s somebody else’s art and how dare you try to destroy somebody else’s art?” Goldberg said. Hostin remained firm in her defense. “I don’t think it can be destroyed, because again, it’s in this bulletproof thing and he threw some whipped cream at it,” Hostin retorted. Goldberg responded: “Listen, I totally get protests. I dig it. I don’t think it’s OK to destroy somebody else’s art in order to make your point.” The protester was quickly wrestled to the ground by security at the French museum. Officials at the Louvre said the Mona Lisa wasn’t damaged. “Think of the Earth,” the disguise-clad protester said after being apprehended by security. “There are people who are destroying the Earth. Think about it. Artists tell you: think of the Earth. That’s why I did this,” he added.