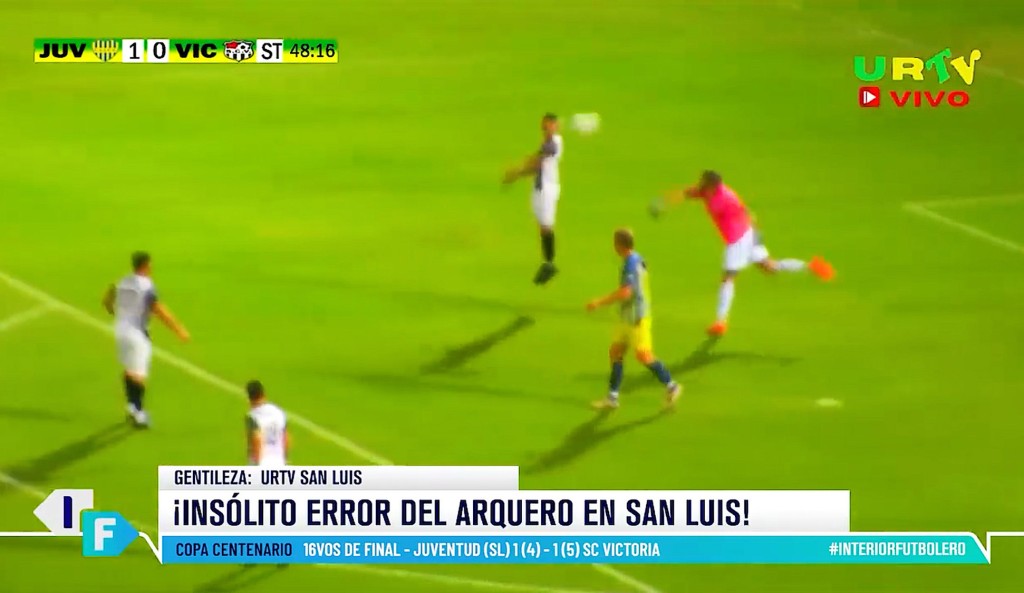 The goalie didn’t use his head. His opponent did. It resulted in one of the most embarrassing soccer goals ever as Federico Cosentino, the goalkeeper for Club Atletico Juventud Unida, committed a massive blunder by throwing the ball off of jumping Sporting Club Victoria striker Joel Cuello’s head. The ball bounced right into the Juventud Unida goal to tie the Copa Centenario quarterfinal 1-1 between the fourth-division Argentine teams. Juventud Unida ended up losing in penalty kicks. Cosentino corralled the ball after a Sporting free-kick but wasn’t careful enough with his ensuing throw, allowing Cuello the chance to jump and put his head in the throw’s path.