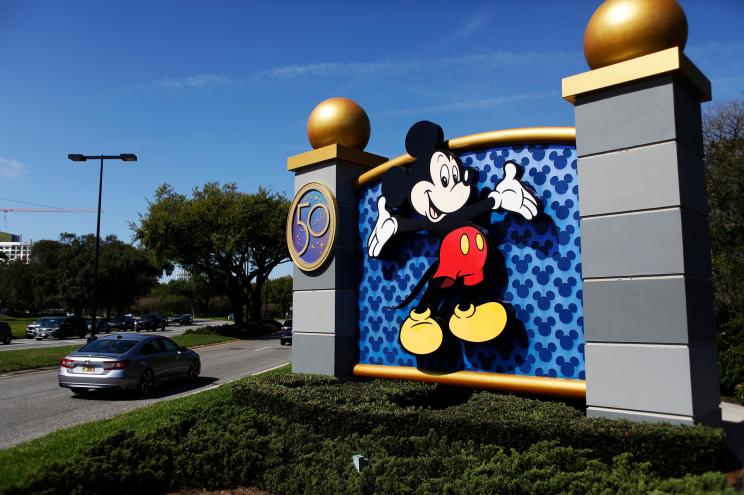 Of course the ink is barely dry on the Supreme Court’s draft decision to overturn Roe v. Wade, and a draft is not quite a ruling, but it’s been refreshing to finally be hearing nothing from business leaders on this contentious cultural issue. Maybe our corporate elite has finally woken up to the notion that it’s bad business to piss off more than half the country with virtue-signaling on progressive issues. Or maybe they’re ignoring the political noise and keeping busy doing what they get paid to do — trying to run profitable companies that provide returns for their shareholders. Either way, silence is golden, and we can thank Florida Gov. Ron ­DeSantis for making it happen. DeSantis did something that would have made movie character Jimmy Malone proud. Malone, played by Sean Connery in the 1987 flick “The Untouchables,” is the tough, veteran cop who explained to Eliot Ness how to beat Al Capone and his criminal gang: “They pull a knife, you pull a gun. He sends one of yours to the hospital, you send one of his to the morgue.” For the record: I’m NOT advocating violence in defeating the corporate wokesters, or anyone for that matter. But there is something to be said about following Jimmy Malone’s logic and taking the battle to corporate woke gangsters if they choose to become an arm of the AOC-Elizabeth Warren wing of the Democratic Party. And that’s exactly what DeSantis did in his battle and convincing victory over the virtue-signaling of the Disney theme-park and entertainment corporate empire. According to my sources, the C-suite types weren’t just closely watching but also learning something about a new brand of GOP politics after DeSantis counter-punched Disney CEO Bob Chapek. Chapek thought it was a smart idea to follow the lead of some of his far-left employees who demanded he speak out against a Florida law they inaccurately and libelously dubbed “Don’t Say Gay.” Keep in mind, the law doesn’t say that all; it merely states that kids from kindergarten through the third grade don’t need sex-ed lessons or gender-identity preaching when they’re supposed to be learning the ABCs and how to add. Lefty rallying cry The cultural left doesn’t really care about the truth when it comes to advancing its agenda. Left-wingers and their friends in the media created the fake meme as part of a rallying cry hoping to generate public and corporate pressure to get the state to back down. And it worked at least for awhile. After keeping his mouth shut (Smart!), Chapek gave in to the woke heat (Dumb!), and publicly attacked the law. Disney’s corporate headquarters are in Burbank, Calif. But, it’s fair to say, Florida is its second home. It’s among Florida’s largest employers. The Disney World theme park is a cultural landmark of the state, so much so that the company has received corporate welfare writ large for decades and its complex near Orlando operates as a de facto independent local government. No longer. DeSantis did what lawmakers should have done when all those corporate CEOs decided to give in to the woke mobs in the streets and on Twitter by attacking Georgia’s voting law as racist when it merely checks for ID: He fought back. He didn’t just criticize Disney and Chapek for political grandstanding, he pushed through the Florida legislature a law that rescinds the company’s corporate-welfare goodies, which includes tax breaks, access to the low-cost municipal bond market, and other privileges. Then came this warning from the Republican governor: “If you are in one of these corporations, if you’re a woke CEO, you want to get involved in our legislative business, look, it’s a free country. But understand, if you do that, I’m fighting back against you. And I’m going to make sure that people understand your business practices, and anything I don’t like about what you’re doing.” DeSantis is despised by the left and most of the media because he embodies many of Donald Trump’s winning instincts without the former president’s losing rough spots (meaning, no tweeting out of the Florida governor). That’s why he remains popular in his state and should cruise to re­election despite barely defeating his Dem opponent four years ago. The Disney fight isn’t going to hurt his standing with voters. He’s already considered a 2024 GOP presidential contender, and fellow GOP public officials are likely to follow his lead when it comes to fighting back when the business community locks arms with the left. Fighting back My DC sources say that if the GOP takes the House and Senate in this year’s midterms, look for them to go on the offense against corporate wokesters. There’s already talk in GOP circles of public hearings forcing CEOs to explain why they think it’s in the best interests of their shareholders to weigh in and support lefty issues, which are opposed by many Americans. If my sources are telling me this, I’m pretty sure the army of lobbyists employed by Wall Street and even Big Tech are telling their CEOs the same thing. Maybe that’s why we’ve heard so little from them about the draft Roe v. Wade ruling. If they’re smart, they’ll keep it that way.