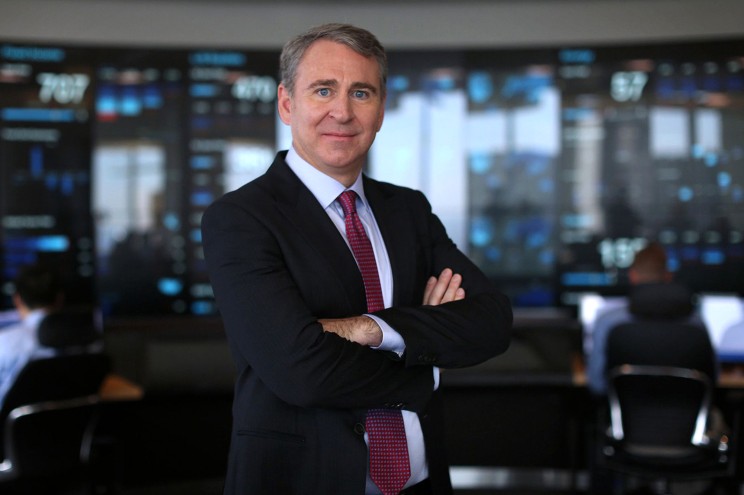 What a difference a year makes. The list of highest performing hedge fund titans in 2021 is here — and there’s more than a few upsets among the 15 managers who raked in a collective $15.8 billion last year. Citadel’s Ken Griffin jumped to 1st place on the list after coming in 5th last year, according to financial data compiled by Bloomberg. He hauled in $2 billion in 2021 — up from $1.8 billion in 2020. Thanks to another record year at Citadel, his net worth is now approximately $28 billion. TCI’s Chris Hohn, a British billionaire who was knighted in 2014, may have nabbed an even more impressive honorary title in Wall Street circles: 2nd place on the list of high-performing hedge fund managers. Hohn has placed big bets on big tech — including Microsoft and Alphabet — and that strategy paid off in 2021. Newcomer to the list, Karthik Sarma of SRS Investment Management, cracked the top three slots this year after a bet he placed 11 years ago on rental car company Avis finally paid off. Sarma owns roughly 50% of Avis and made an estimated $2 billion as the stock surged 456% this year. But unlike Griffin, whose collection of homes is estimated at a whopping $1 billion, Sarma’s real estate is more modest — he spent the pandemic living with his sister and her family in a middle-class suburban home in New Jersey. The residence may prevent him from splurging on a fleet of Ferraris — his sister’s home only has a two-car garage. Noticeably absent from the list was Tiger Global Management’s Chase Coleman who held the top spot in 2020. In 2020, Coleman placed big bets on so-called stay-at-home stocks including Zoom and Peloton that made huge gains during the pandemic. This year those stocks were far less lucrative. However, Coleman may be placing bets that could pay off down the line. Tiger has revved up it’s focus on investing in startups — it made 335 startup investments last year. Melvin Capital’s Gabe Plotkin, who came in 15th last year, was nowhere to be seen this year. Plotkin is likely still licking his wounds after the now-famous short squeeze on meme stock GameStop crushed his fund in January 2021. Millenium’s Izzy Englander, whose a regular on the list, was bumped from 3rd in 2020 to 4th this year — putting him right behind Sarsa. Likewise Jim Simons of Renaissance Technologies slipped from 2nd in 2020 to 5th this year. Mets owner Steve Cohen of Point 72 nabbed the 7th spot for the second year in a row. Other notable names on the list this year were Bridgewater’s Ray Dalio, D.E. Shaw’s David Shaw, Elliott Management’s Paul Singer, and Pershing Square’s Bill Ackman. Third Point’s Dan Loeb, Senvest’s Richard Mashaal, and Steven Schonfeld who runs an eponymous fund made their debut on the list. While a nearly $16 billion is nothing to sneeze at for a year’s work, that number is more than 30 percent lower year over year. Thanks to the pandemic-induced volatility of 2020, hedge fund managers pulled in $23 billion the year before. The information about billionaire’s bets is found in a quarterly filing known as a 13F in which institutional investment managers with more than $100 million in assets are required to disclose their holdings.