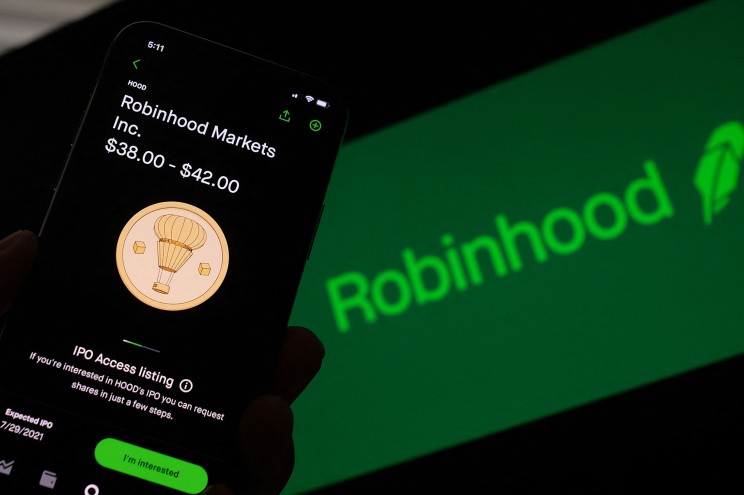 Robinhood shares dropped some 11% in after-hours trade Thursday after it posted a net loss for the quarter despite edging past analysts’ estimates for quarterly revenue as strong crypto trading boosted transaction volumes at the online brokerage. Robinhood, in its third set of results as a public company, reported a net loss of $423 million or $0.49 per share in the three months ended December. A year earlier, which was before its IPO, the company posted net income of $7 million or $0.01 per share. Shares in the company were down as much as 11% at $10.32 in after-hours trade Thursday following the news. The company posted total revenue of $363 million for the fourth quarter ended Dec. 31, compared to $318 million a year earlier, beating analysts’ expectations of $362.14 million in revenue, according to IBES data from Refinitiv. Transaction-based revenue from cryptocurrencies jumped 304% to $48 million, while revenue from equity trading declined 35% to $52 million. Robinhood enjoyed a strong run during the pandemic, with homebound investors using its app to trade stocks and other assets. It was at the center of a trading mania for meme stocks in January last year. Trading activity rose during the pandemic when the Federal Reserve injected massive liquidity into capital markets and investors raced to cash in on the boom. But the Fed is expected to scale back asset purchases and raise interest rates, which analysts expect will put a damper on trading. Cryptocurrencies have been hammered recently. Bitcoin, the largest cryptocurrency, plunged 50% to $32,951 last week, lowest since July last year.