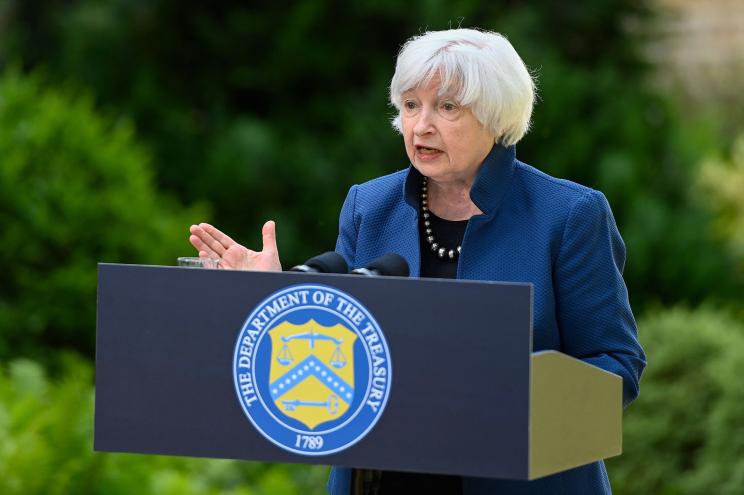 Treasury Secretary Janet Yellen finally admitted that she was “wrong” last year when she initially dismissed rampant inflation across the US as a “transitory” problem that would soon resolve itself. Both Yellen and Federal Reserve Chair Jerome Powell repeated on several occasions last year that rising inflation was “transitory” in nature and that prices would return to normal as pandemic-related supply chain bottlenecks cleared – a prediction that has turned out to be woefully off-mark. “I was wrong then about the path that inflation would take,” Yellen said during an appearance on CNN late Tuesday. “As I mentioned, there have been unanticipated and large shocks to the economy that have boosted energy and food prices and supply bottlenecks that have affected our economy badly that I, at the time, didn’t fully understand, but we recognize that now.” Inflation has continued to hover near its highest level since the 1980s, hitting 8.3% in April. Meanwhile, stocks have struggled in recent weeks as investors grow increasingly concerned that the Fed’s plan to lower prices by hiking interest rates will trigger an economic recession. Yellen expressed confidence in the Fed’s plan to cool inflation and added that the Biden administration would act to assist their effort where possible. see also “The Federal Reserve is taking the steps that it needs to take,” Yellen said. “It’s up to them to decide what to do. For our part, President Biden is focused on supplementing what the Fed does with actions we can take that can to lower the costs that Americans face for important expenditures they have in their budgets.” A Treasury spokesperson later sought to clarify Yellen’s remarks regarding the conditions she did not “fully understand.” “The Secretary was pointing out that there have been shocks to the economy that have exacerbated inflationary pressures which couldn’t have been foreseen 18 months ago, including Russia’s decision to invade Ukraine, multiple successive variants of COVID, and lockdowns in China,” the spokesperson said. Yellen initially downplayed concerns about inflation, telling ABC News in March 2021 that she only saw a “small risk” of inflation as President Biden moved forward with a $1.9 trillion COVID-19 stimulus package known as the “American Rescue Plan.” In a separate interview with CNN last fall, the Treasury secretary dismissed concerns that the country was “about to lose control of inflation,” arguing that she expected “these bottlenecks to subside” and for the economy to return to the approximately 2% inflation range that the Fed deems acceptable. Biden has declared the fight against inflation his top domestic priority and held a rare meeting with Powell on Tuesday. A White House official said the president “respects the independence of the Federal Reserve” and was not seeking to interfere with the central bank. The upcoming release of the May Consumer Price Index will provide an updated outlook on whether the Fed’s recent rate hikes are having the desired effect. The numbers will reflect a recent surge in gas prices that has pushed costs at the pump to record highs in recent days. With Post wires