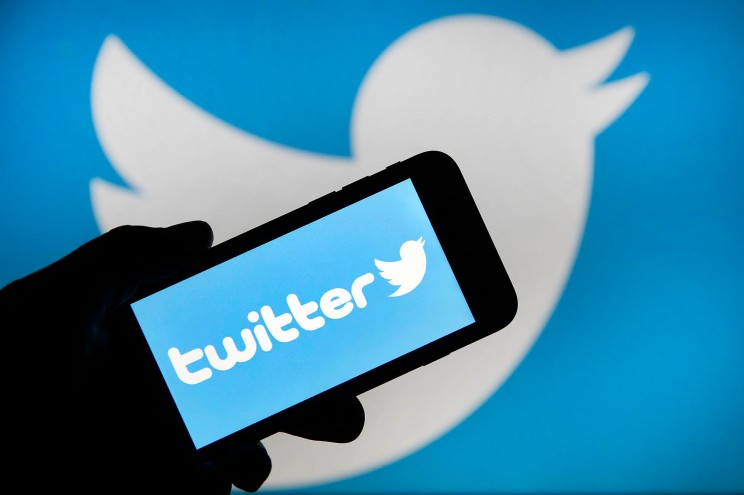 Twitter reported weaker-than-expected quarterly advertising revenue and user growth on Thursday and forecast revenue short of Wall Street targets, indicating that its turnaround plan has yet to bear fruit. Still, the social networking site said it made “meaningful progress” toward its goal of reaching 315 million users and $7.5 billion in annual revenue by the end of 2023, and said user growth should accelerate in the United States and internationally this year. Shares of the San Francisco-based company rose more than 8% after the results, but pared those gains in morning trading. Twitter has been pursuing big projects such as audio chat rooms and newsletters to end long-running stagnation and attract new users and advertisers. But the quarterly results raised questions about Twitter’s plan as analysts had expected faster signs of progress. Monetizable daily active users, or users who see ads, grew 13% to 217 million in the fourth quarter ended Dec. 31, missing consensus estimates of 218.5 million, according to IBES data from Refinitiv. That was up from 211 million users in the previous quarter. Twitter also announced a new $4 billion share repurchase program, which replaces a $2 billion program from 2020. “Twitter’s stock buyback plan is helping investors overlook the company’s relatively weak results and outlook,” said Jesse Cohen, senior analyst at Investing.com. Advertising revenue for the fourth quarter grew 22% year over year to $1.41 billion, missing analysts’ estimates of $1.43 billion. Twitter gained 6 million users during the quarter, but will need to add over 12 million each quarter over the next two years to hit its target of 315 million people by the end of 2023, said Jasmine Enberg, principal analyst at Insider Intelligence, calling it “an incredibly lofty goal.” The quarterly results are the first since Chief Executive Parag Agrawal took the helm in November. His appointment, after co-founder Jack Dorsey stepped down as CEO, signaled an increased focus on engineering and incorporating cryptocurrencies and blockchain technologies. During an earnings call with analysts, Agrawal said he was focused on faster decision-making and a “focus on doing fewer things.” “I see a strong urgency to improve our focus and execution but also a lot of confidence in our strategy and our team,” he said. Boosting user activity The company forecast first-quarter total revenue of $1.17 billion to $1.27 billion. The mid-point of that range is below Wall Street’s average target of $1.26 billion. Chief Financial Officer Ned Segal said in an interview that user growth was in line with Twitter’s guidance in the previous quarter, and that Twitter was working to boost user activity by prompting people to follow topics they are interested in during the sign-up process. He added that advertising demand was not as strong in the last few weeks of the fourth quarter as it had been during the beginning of the holiday season. Total ad engagements, which include clicks, decreased 12% during the quarter. That was due in part to a shift toward video ads and other formats that generally receive less engagement from users but are more expensive, and profitable, for Twitter. The cost of each ad engagement rose 39%. The company said the impact from privacy changes by Apple remained modest. Last year, Apple began requiring apps to receive permission from iOS users to track their activity on apps and websites owned by other companies. The Apple changes could impact Twitter in the future as it grows its performance advertising business, Segal said, referring to ads that seek to drive sales or other consumer actions. He said Twitter is working to mitigate future negative impacts from Apple’s changes. “We’re pleased with the progress we’ve made, but we have more work to do here,” he said. Facebook owner Meta last week blamed the Apple changes for hurting advertisers’ ability to target and measure ads, and said it could have a $10 billion impact on Meta’s advertising business this year. Twitter reported that fourth-quarter total revenue, which also includes money earned from data licensing, rose 22% to $1.57 billion, in line with analyst estimates. Full-year 2022 revenue is expected to grow in the low-to-mid-20% range. Total cost and expenses for 2022 are expected to grow in the mid-20% range versus last year, the company said.