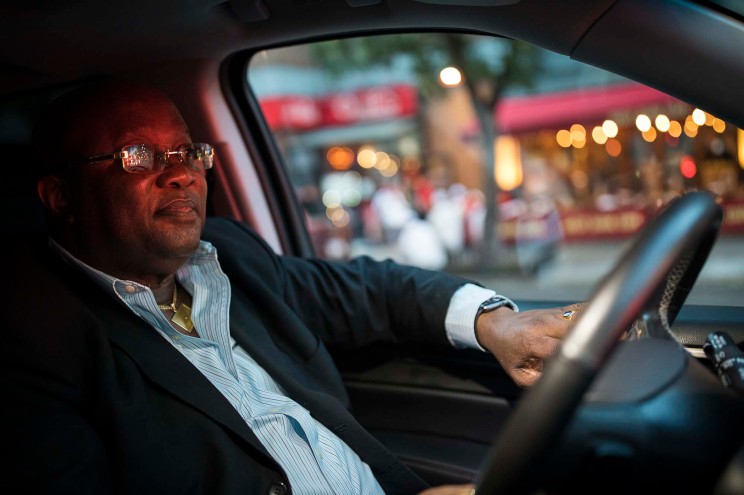 Uber and Lyft drivers are getting hammered by sky-high gas prices — and some are saying that they’re going to quit altogether. The news comes as Russia’s invasion of Ukraine, as well as increased commuting and travel, send gas prices soaring to record levels. As of Monday morning, a gallon of regular-grade fuel cost $4.33 — up from $3.49 a month ago and just $2.86 at the same time last year, according to AAA data. Since rideshare drivers are responsible for their own maintenance and fuel costs, rising gas prices can effectively wipe out large parts of their paychecks. On a Reddit forum for Lyft drivers, one driver wrote, “Lyft must be crazy if they think imma drive.” “I was out last night and it went okay,” the driver said. “Till I had to pump gas and noticed I barely broke even. Lyft is a joke.” “Nope, I’m done,” declared another user on a forum for Uber drivers. Food delivery drivers for Uber Eats and Postmates also showed frustration with surging gas prices, which have reached an average of $5.74 in California and $4.45 in New York. “I’ve been driving for Postmates and now Uber Eats for years but at the moment it isn’t even worth it anymore,” wrote one driver. “We don’t even make enough to get the money in our tanks back. So sad. I was doing deliveries to have some extra cash and help with bills when I didn’t have enough. Now I’m just home cuz I’m not seeing the benefit.” One driver in Northern California said driving for Uber was simply “not feasible” anymore due to the price of gas. Other drivers wrote that they planned to only work during “surge” hours — when high demand leads to increased payouts — because driving during normal hours is not longer worth the gas. Starting Wednesday, Uber plans to add a surcharge of 45 cents or 55 cents on each rideshare trip and 35 cents or 45 cents on each Uber Eats in an effort to help make up for surging gas prices. And in New York City, Uber and Lyft recently upped their minimum pay rate for drivers by 5.3% in March following an order from the city’s Taxi and Limousine Commission. Uber spokesperson Freddi Goldstein said that brings the the minimum hourly wage for Uber drivers in the city to $29.78 per hour. “Our platform only works if it works for drivers, so we’ll continue to monitor gas prices and listen to drivers over the coming weeks,” Goldstein said. Uber also recently launched a service for drivers with a site called GetUpSide that helps drivers get cash back on gas purchases, Goldstein added. Lyft did not immediately respond to a request for comment.