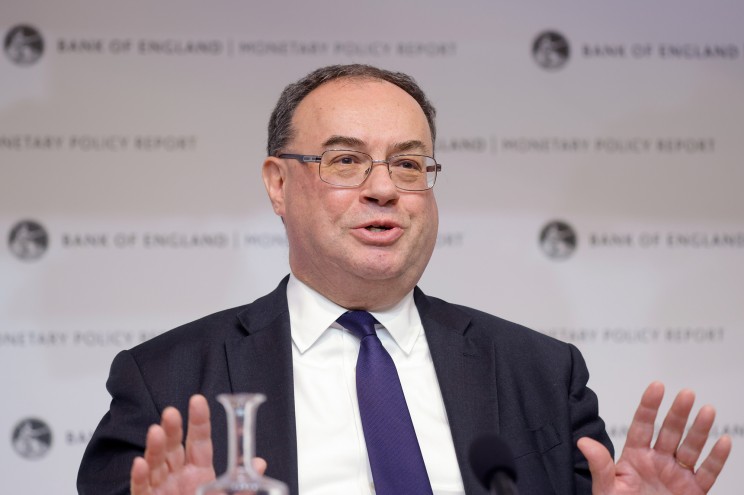 The highly paid boss of the United Kingdom’s central bank was under fire Friday after he suggested that workers shouldn’t ask for big pay raises as the country fights inflation. Bank of England chief Andrew Bailey — who earns £575,000, the equivalent of $781,500 a year — faced an immediate backlash after he argued workers should show restraint to help prevent inflation from becoming “ingrained” in the economy. When asked if he meant that workers should not ask for raises despite the rising cost of living, Bailey responded, “Broadly, yes” – arguing doing so could make the situation worse. “In the sense of saying, we do need to see a moderation of wage rises,” Bailey told the BBC. “Now that’s painful. I don’t want to, in any sense, sugar that message. It is painful, but we need to see that in order to get through this problem more quickly.” Inflation is expected to hit 7% in the United Kingdom this spring, matching levels seen in the US. UK Prime Minister Boris Johnson’s office quickly distanced itself from Bailey’s remarks, asserting the government was not calling for a halt on wage hikes. “It’s not something that the prime minister is calling for,” a spokesman for the prime minster said, according to the Times. “We obviously want a high-growth economy and we want people’s wages to increase.” Union leaders also lashed out at Bailey for suggesting the idea. The head of the UK’s GMB Union, which has more than 600,000 members, described Bailey’s remarks as a “sick joke.” “Telling the hard-working people who carried this country through the pandemic they don’t deserve a pay rise is outrageous,” said Gary Smith, GMB’s general secretary. The head of the Trades Union Congress also slammed the bank chief. “Energy prices are pushing up inflation – not wage demands. Britain needs a pay rise – not another decade of lost pay and living standards,” TUC head of economics Kate Bell said. Earlier this week, the Bank of England implemented its first back-to-back interest rate hikes since 2004. The US Federal Reserve is expected to hike rates in March for the first time in more than three years as it aims to curb inflation.