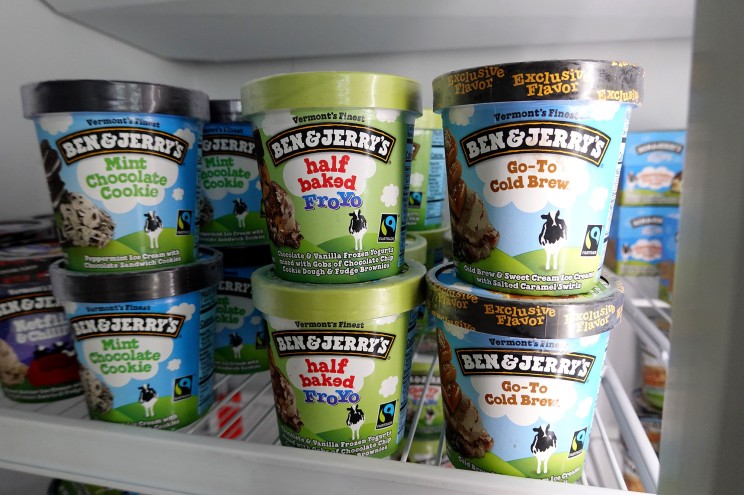 Unilever, the company that owns popular brands like Ben & Jerry’s ice cream, Dove soap, and Axe deodorant spray, says customers can expect to see “substantial” price increases at stores. CEO Alan Jope said that record-high levels of inflation will trim profit margins in 2022. “The signature characteristic of this calendar year is going to be commodity and input cost inflation,” Jope told CNBC. He said that a combination of rising energy prices that will make it more costly to ship and transport products and increasingly expensive commodities and agricultural products has forced the company to scale back plans on potential acquisitions. Jope said the company is aiming to hit sales growth between 4.5% and 6.5% this year — but it could be a tall order given the inflationary environment. “It’s a last resort to go to pricing,” Jope said. “But in these types of circumstances we will be taking and are taking substantial price increases.” Unilever on Thursday released its fourth-quarter earnings, which showed a 4.9% increase in sales. The figure beat analysts’ expectations as the growth forecast was at 3.8%. In 2021, Unilever reported an increase in sales by 4.5% — the best result in nine years. The strong performance came despite negative publicity surrounding the decision by its subsidiary, Ben & Jerry’s, to stop selling its ice cream products in Israeli settlements. Jope is ruling out any “transformational” purchases after the company failed in its $68 billion bid to acquire GlaxoSmithKline’s consumer health joint venture with Pfizer. “We have listened carefully to our shareholders. There’s no appetite for a deal the size of GSK consumer health,” Jope said. “We don’t intend to pursue these types of transformational acquisitions for the foreseeable future. We’ve been unambiguous, we’ve drawn a line under that deal, it’s off the table.”