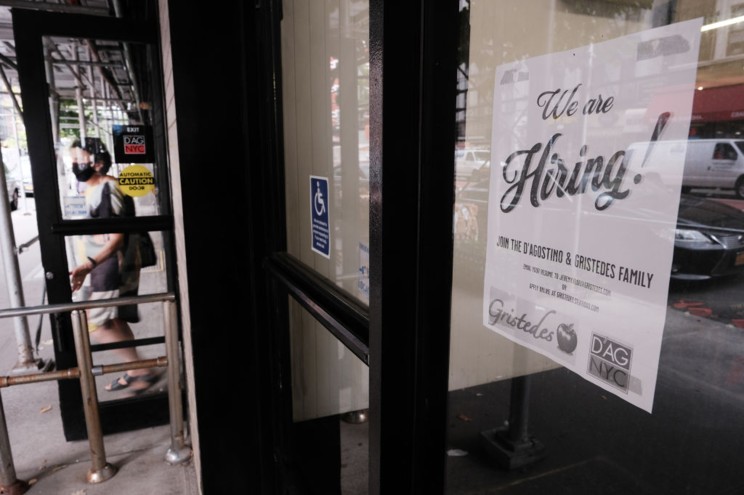 US employers unexpectedly added 467,000 jobs in January, far more than expected, even as businesses and workers weathered chaotic conditions due to the Omicron variant. The US unemployment rate was 4.0 percent, up slightly compared to December. The stronger-than-expected January numbers followed a dismal report last month, when US employers added just 199,000 jobs. January’s Omicron variant surge made it difficult for economists to predict hiring totals for the month. Economists polled by Dow Jones expected the report to show employers added 150,000 jobs and the unemployment rate unchanged at 3.9% in January. Some prognosticators predicted the numbers would turn negative. Earlier in the week, the ADP Employment Report showed private-sector employers cut 301,000 jobs in January. Economists had predicted a gain of 207,000 private-sector jobs. “As we enter year three of the pandemic, Omicron is a reminder that the pandemic continues to write the script of the recovery,” Glassdoor senior economist Daniel Zhao said. White House officials do not receive the jobs report numbers until the Thursday night before they are publicly announced. However, top Biden administration officials braced for the worst this week, warning that hiring could be weaker than expected due to Omicron. Officials cited the Labor Department’s method for compiling the report as a key factor. The report is based on responses to a survey of weekly payrolls, which typically includes the 12th day of each month. The week of January 12 coincided with a record surge in COVID-19 infections driven by the Omicron variant. Ahead of the report’s release, White House National Economic Council director Brian Deese, a top adviser to President Biden, told CNBC that the January labor figures “could look a little strange.” “The way that the government samples the data is to take a snapshot in an individual week and survey companies,” Deese said. “And if somebody is out sick for that week — even if they have not been laid off, if they weren’t paid getting paid sick leave — they will not be counted as employed.” COVID-19 cases have begun to fall from peak levels in many locations as the Omicron surge subsides. The labor market should bounce back if case totals return to lower levels, according to Bankrate senior economic analyst Mark Hamrick. “If the pandemic eases in the coming weeks and months, payroll gains should be restored to more solid footing beyond the January report,” Hamrick said. Biden and other White House officials argue the labor market is stronger than ever despite occasional volatility from the COVID-19 pandemic. They point to strong wage growth and low unemployment as proof that conditions have improved in recent months. But inflation, which surged to a four-decade high of 7 percent in December, has effectively erased wage gains for many workers. Americans are paying larger sums for necessities such as food and gasoline.