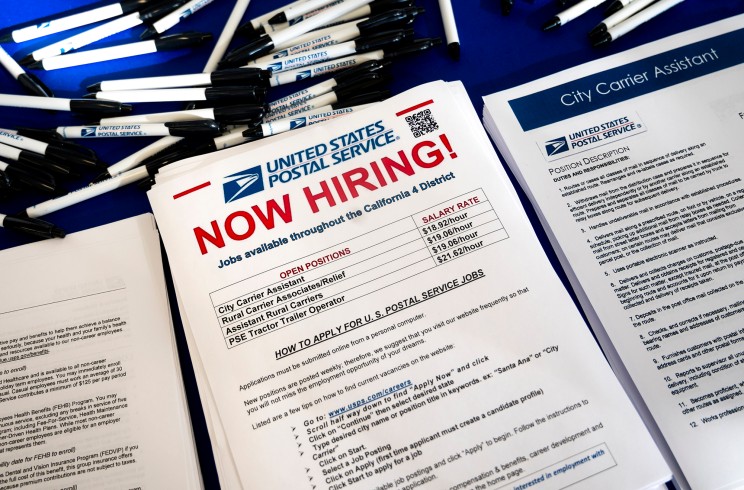 The number of American workers filing unemployment claims declined as expected this week as cases, suggesting that country may be recovering from disruptions to the economy caused by the Omicron variant. Workers filed 260,000 initial jobless claims for the week ending on Jan. 22, the Labor Department said in a release. The number of claims was down 30,000 compared to the previous week’s revised tally, when claims unexpectedly surged to 290,000. Unemployment claims, which are seen as a proxy for layoffs, declined on a weekly basis for the first time in 2022. Economists had projected jobless claims would decline by 21,000 to 265,000 for the week. The four-week moving average of jobless claims was 247,000, an increase of 15,000 compared to the previous week’s revised average. The moving average smooths out volatility in the weekly claims figure. About 1.675 million Americans were claiming continuing unemployment benefits for the week ending on Jan. 15. The Omicron variant has renewed pressure on businesses throughout the country, with many forced to temporarily close or experiencing declines in customer traffic. Meanwhile, many are workers calling out sick. A record number of COVID-19 cases has contributed to the uptick in jobless claims, which had reached a 52-week low of just 188,000 as of Dec. 4. Last week’s rise in claims marked the highest number since mid-October. “The surge in COVID cases has created new headwinds for the economy even as tailwinds, including the federal government’s fiscal boosts, are waning,” Bankrate Senior Economic Analyst Mark Hamrick said. “The detrimental combination of supply chain constraints and the shortage, or lack of availability, of workers amid the Omicron surge is weighing on the nation’s economic recovery,” he added. Jobless claims remain low compared to historic levels as companies compete for workers in a tight labor market. The US unemployment rate dipped to 3.9 percent in the December jobs report. The Federal Reserve indicated Wednesday that it will hike interest rates in March for the first time in three years. The central bank previously signaled it would wait for the US economy to achieve maximum employment before hiking rates.