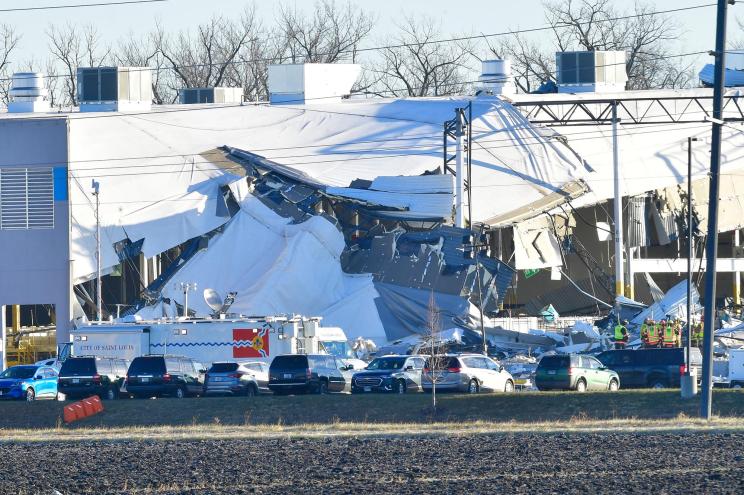 US lawmakers are launching an investigation into Amazon’s handling of a deadly warehouse collapse in Illinois in December. In a letter to chief executive Andrew Jassy on Thursday, the House Oversight Committee said it is “concerned by recent reports that Amazon may be putting the health and safety of its workers at risk, including by requiring them to work in dangerous conditions during tornadoes, hurricanes, and other extreme weather.” The warehouse collapsed after a tornado ripped through it, killing six employees. Immediately afterward, the federal Occupational Safety and Health Administration announced that it had launched an investigation into the deadly collapse after reports surfaced that Amazon employees were unprepared for such a disaster because the company had inadequate safety protocols. The House committee, headed by Rep. Carolyn Maloney (D-NY), also pointed in its Thursday letter to allegations that employees felt “threatened by their supervisors with termination or other adverse employment consequences” if they left their workplace to seek shelter. As The Post reported, one of the victims, Larry Virden, texted his girlfriend, “Amazon won’t let us leave.” The committee, which also includes Reps. Alexandria Ocasio-Cortez (D-NY) and Cori Bush (D-Mo.), also pointed to other mishandled weather-related events, including a July heat wave in which employees at a Seattle-area warehouse were working in temperatures reaching 90 degrees inside the facility. “This investigation will inform legislative efforts to curb unfair labor practices, strengthen protections for workers, and address the effects of climate change on worker safety,” the lawmakers wrote. The company’s critics also pointed to policies that workers are not allowed to use their cellphones on the warehouse floor during work hours and that they may have missed critical tornado warning alerts. “Our focus continues to be on supporting our employees and partners, the families who lost loved ones, the surrounding community, and all those affected by the tornadoes. We will respond to this letter in due course,” Amazon spokesperson Kelly Nantel said in a statement.