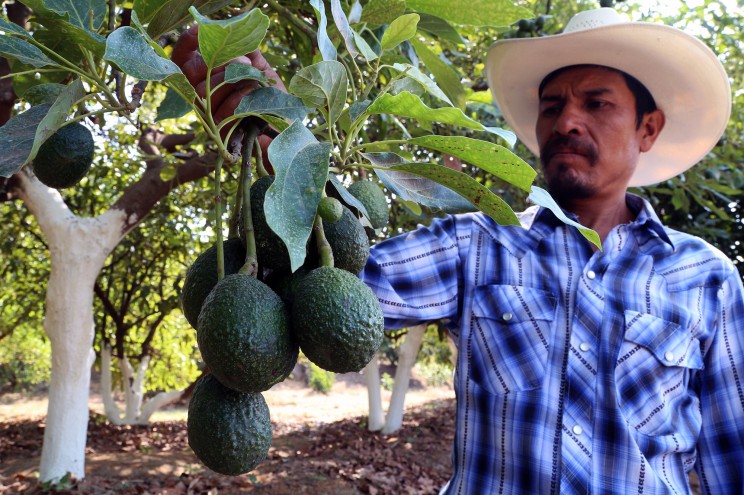 US authorities suspended avocado imports from Mexico just hours before the Super Bowl — a decision made after an American plant safety inspector purportedly received a threatening phone call. Mexico’s agriculture department said US officials had halted imports “until further notice” following the phone calls. The nature of the threat was not immediately clear, but the state of Michoacán in Mexico, the country’s largest exporter of avocados, has dealt with violence involving drug cartels in recent years. Mexican officials said the US “made the decision after one of their officials, who was carrying out inspections in Uruapan, Michoacán, received a threatening message on his official cellphone.” The US Department of Agriculture’s Animal and Plant Health Inspection Service is investigating the threat and determining potential safety measures to protect workers, the officials added. The US Embassy in Mexico confirmed the pause. “Facilitating the export of Mexican avocados to [America] and ensuring the safety of our agricultural inspection teams go hand in hand,” the US Embassy said in a statement posted to its Twitter account. “We are working with @GobiernoMX to guarantee security conditions that allow our personnel in #Michoacán to resume operations.” The pause on imports did not affect supply ahead of the Super Bowl, since the avocados had already shipped ahead of the game. Avocados From Mexico, a group representing exporters, ran an ad during the Super Bowl, which featured comedian Andy Richter as Julius Caesar in Rome. The US Department of Agriculture did not immediately return The Post’s request for further comment. The USDA previously warned against violence in 2019 after an incident in which a group “directly threatened” a team of inspectors. “For future situations that result in a security breach, or demonstrate an imminent physical threat to the well-being of APHIS personnel, we will immediately suspend program activities,” the agency said at the time. The shutdown on imports occurred as avocados surged to their highest price on record ahead of the Super Bowl — traditionally highest single day of demand for guacamole. The price of a 20-pound box of avocados from the state was $26.23 as of Feb. 3, or about $6.29 more than it was on the same day the previous year. With Post wires