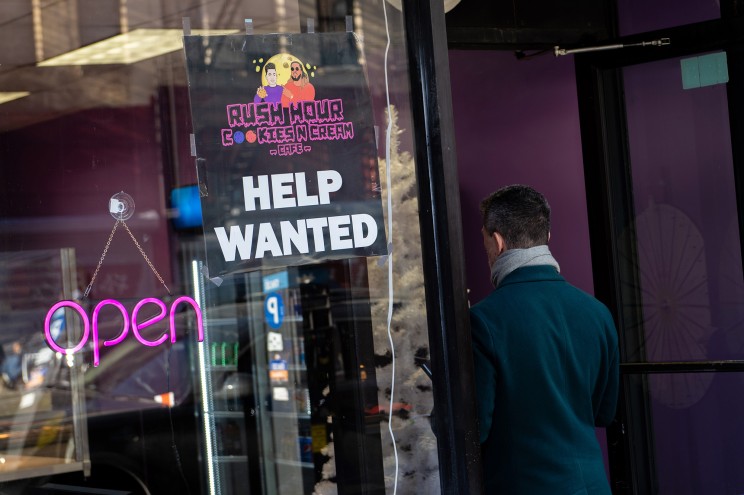 The number of Americans applying for unemployment benefits last week fell to its lowest level in 52 years as the US job market continues to show strength in the midst of rising costs and an ongoing virus pandemic. Jobless claims fell by 28,000 to 187,000 for the week ending March 19, the lowest since September of 1969, the Labor Department reported Thursday. First-time applications for jobless aid generally track the pace of layoffs. The four-week average for claims, which compensates for weekly volatility, also fell to levels not seen in five decades. The Labor Department reported that the four week moving average tumbled to 211,750 from the previous week’s 223,250. In total, 1,350,000 Americans were collecting jobless aid the week that ended March 12, another five-decade low. Earlier this month, the government reported that employers added a robust 678,000 jobs in February, the largest monthly total since July. The unemployment rate dropped to 3.8%, from 4% in January, extending a sharp decline in joblessness to its lowest level since before the pandemic erupted two years ago. US businesses posted a near-record level of open jobs in January — 11.3 million — a trend has helped pad workers’ pay and added to inflationary pressures. The Federal Reserve launched a high-risk effort last week to tame the worst inflation since the early 1980s, raising its benchmark short-term interest rate and signaling up to six additional rate hikes this year. The Fed’s quarter-point hike in its key rate, which it had pinned near zero since the pandemic recession struck two years ago, marks the start of its effort to curb the high inflation that followed the recovery from the recession. The rate hikes will eventually mean higher loan rates for many consumers and businesses. The central bank’s policymakers have projected that inflation will remain elevated, ending 2022 at 4.3%. Earlier this month, the government reported that consumer inflation jumped 7.5% over the past year, the sharpest spike since 1982.