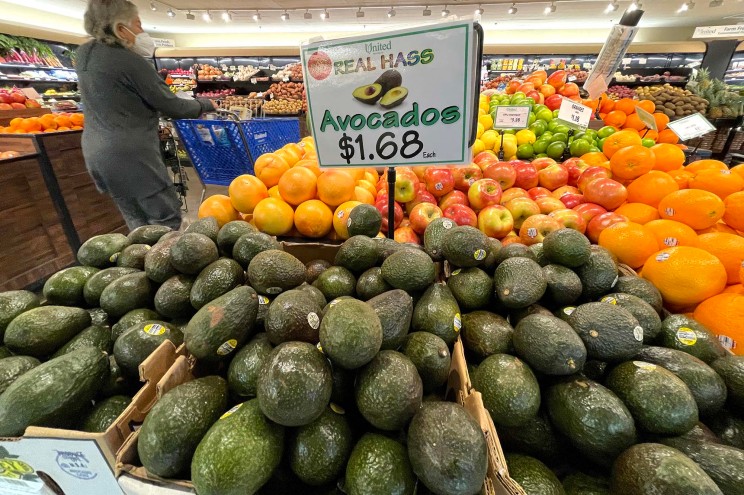 A temporary halt on US imports of avocados grown in Mexico will continue “as long as necessary” after an American plant inspector received a threatening phone call, according to the feds. The US Department of Agriculture said the suspension took effect Feb. 11 and affects avocados grown in Michoacán, Mexico, the only state approved to export avocados to the US. Officials confirmed the pause was implemented after a “security incident” described as a “verbal threat involving our employees” of the department’s Animal and Plant Health Inspection Service. “The suspension will remain in place for as long as necessary to ensure the appropriate actions are taken, to secure the safety of APHIS personnel working in Mexico,” the USDA said in a statement. The USDA did not specify the exact nature of the threat against its inspectors or who was responsible. However, the state of Michoacán in Mexico has dealt with violence and turf wars involving drug cartels in recent years. The APHIS is coordinating with Customs and Border Protection and the Department of Homeland Security to allow avocados that were inspected and cleared for export prior to the suspension to be shipped, federal officials added. see also During a press conference Monday, Mexico’s President Andres Manuel Lopez Obrador said the country was looking into the situation, according to Reuters. Lopez Obrador said Mexico-US relations are “very good,” though he suggested the pause in avocado imports may have been politically motivated – at one point noting the Biden administration’s concerns with Mexico’s adherence to environmental clauses in trade agreements. “The truth is, there’s always an economic, a commercial interest behind it,” Lopez Obrador said. “Or there’s a political attitude.” Mexico’s agriculture department first confirmed the pause over the weekend, noting the US “made the decision after one of their officials, who was carrying out inspections in Uruapan, Michoacán, received a threatening message on his official cellphone.” The US Embassy in Mexico later confirmed the pause in a statement posted on Twitter. “Facilitating the export of Mexican avocados to [America] and ensuring the safety of our agricultural inspection teams go hand in hand,” the US Embassy said in the statement. “We are working with @GobiernoMX to guarantee security conditions that allow our personnel in #Michoacán to resume operations.” The suspension did not impact avocado supplies for the Super Bowl – a day of massive stateside demand for the fruit as Americans feast on guacamole. The long-term impact was not immediately clear, though a prolonged pause could exacerbate rising prices and supply concerns. Even before the pause, avocado prices had surged to their highest on record. The price of a 20-pound box of avocados from Mexico was $26.23 as of Feb. 3, or about $6.29 more than it was on the same day the previous year.