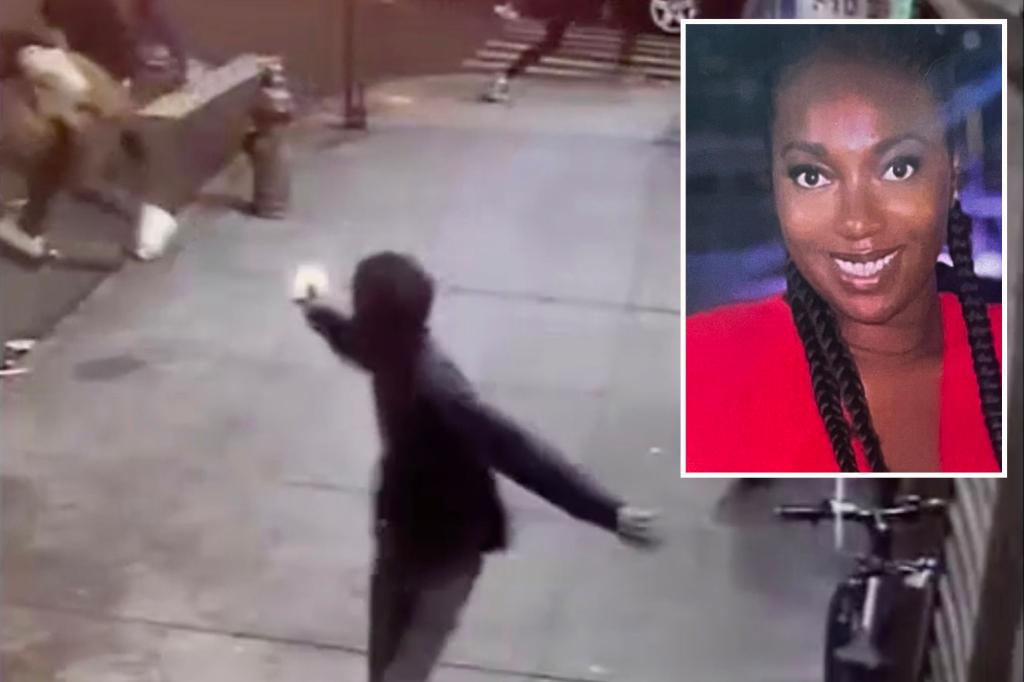 Video captures one of the two gunmen who allegedly opened fire on a busy Bronx sidewalk this week – fatally striking an innocent woman who was sitting in a parked car nearby. Sally Ntim, 23, was sitting in the passenger seat of a car at the intersection of Sheridan Avenue and McClellan street in the Concourse neighborhood around 8:40 p.m. Tuesday when two men displayed guns and fired at each other multiple times, cops said. The footage released Wednesday night shows one of the gunmen starting to walk along the sidewalk – behind two other pedestrians, before briefly stepping back. A moment later, he runs down the block and let off a single round – sending bystanders scattering before running off, the clip shows. The other shooter is not shown in the footage. Ntim, who lives about a mile from the scene, was struck in the crossfire and was rushed to Lincoln Medical Center, where she died of a bullet to the head, cops said. Both individuals fled eastbound on McClellan Street on foot. No arrests had been made by Thursday. The motive for the gunplay remained unclear.