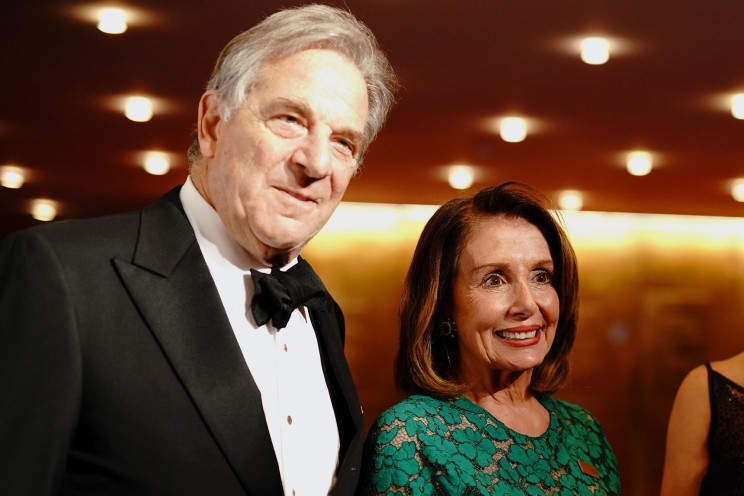 The founder of the WallStreetBets Reddit board that helped spark the meme-stock phenomenon now is pitching a product that lets people invest just like a certain member of Congress. You could call it the “If you can’t beat ‘em, join ‘em” fund. Called the “Insider Portfolio,” the product mimics the stock trades of House Speaker Nancy Pelosi and her husband, Paul. When publicly available data discloses a stock trade made by the couple, the fund will make the same trade — giving everyday people an opportunity to “share the wealth,” Jaime Rogozinski says. The Pelosis have made approximately $30 million from bets on the Big Tech firms Pelosi is responsible for regulating, according to a previous analysis by The Post. Rogozinski’s offering, which isn’t exactly in the mainstream of Wall Street with its listing on an obscure exchange called MERJ based in the Seychelles, is certainly buyer-beware. The product focuses on only stock holdings and doesn’t include any of the Pelosi investments that rely on more complex financial instruments, like call options. It will track the trades based on publicly available data compiled by another company, Unusual Whales. The Insider Portfolio will trade initially for $1 a share and will be available only for investors who use the WallStreetBets app, which isn’t associated with the Reddit forum of the same name. “There’s no doubt that Capitol Hill is home to some of the finest investing minds of our generation,” Rogozinski told The Post, with his tongue in cheek. “Now, not only Americans but the entire global community can look to our national leadership for unparalleled investing advice.” Some Congressional observers said the fund could raise visibility when it comes to the issue of officials making money from insider information. “If being in Congress is a full-time job, and raising money to stay in Congress and move up the ranks is a tough second job, it seems unlikely members of Congress could outperform Wall Streeters investors working 100 hours a week without relying on insider information,” Jeff Hauser, founder and director of the Revolving Door Project, which looks at money in politics told The Post. Members of Congress and their stock trades are under increasing scrutiny. Multiple bills that would ban stock trading to various degrees are under consideration. One bill that has gained popularity on both sides of the aisle, the Ban on Congressional Stock Ownership Act from Sen. Elizabeth Warren (D-Mass.) and Sen. Steve Daines (R-Mont.) wouldn’t just ban members of Congress and their spouses from trading stocks and require them to put their assets in a blind trust — like another popular Democratic proposal. It also would require them to sell off all their individual stock holdings altogether, sources familiar with the bill told The Post. The flurry of bills were introduced after Pelosi defended rules that allow members of Congress to own individual stocks, batting down concerns about lawmakers using insider information to juice their portfolios. In December, the liberal congresswoman from San Francisco said lawmakers should be able to own stocks because the US is a “free-market economy.”