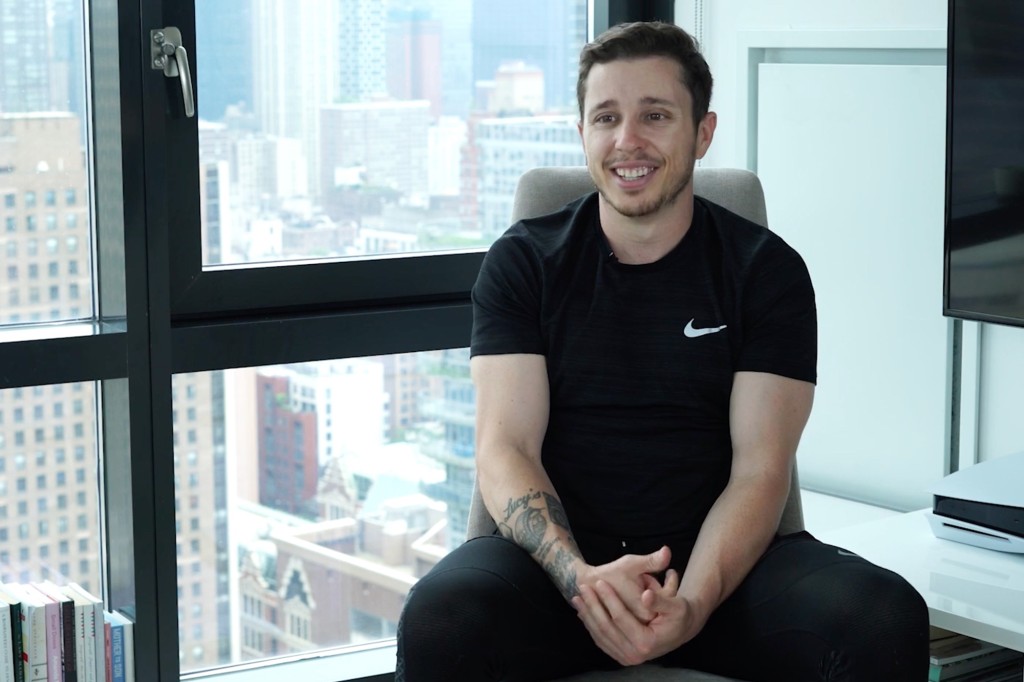 Contact The Author Most mortals dream of a career as a cashed-up content creator with millions of fawning fans — but one influencer insists it’s actually back-breaking work. Corey Bonalewicz — better known as Corey B — boasts more than 15 million followers across his Instagram, TikTok and Facebook accounts, where he posts humorous how-to videos of himself multiple times each week. The 33-year-old Florida native told The Post he rakes in “anywhere from $35,000 to $95,000 a month” thanks to social media, but says it has taken eight years of hustling to amass both his following and his fortune. “Can you make a good living as a content creator? Yes. But it’s going to take a ton of work!” he warned aspiring influencers. “And it’s even harder now than it was back in the day because you’ve got so many people quitting their jobs trying to pursue this.” According to ZipRecruiter, the average social media influencer makes $46,000 per year — small change for Corey, who can snag up to $30,000 for a single post. ‘I get more viewers than the Grammys — so why shouldn’t I get paid like it?’ Corey B The funnyman first began filming footage of himself and uploading it to Facebook back in 2014, but his clips didn’t initially click with the public. However, the aspiring content creator was both persistent and prolific, posting every day until a video of himself imitating his girlfriend suddenly garnered millions of hits. “It took about eight months,” Corey recalled. “It blew up. My video went viral. I remember the feeling that I felt. My heart was racing . . . and [I thought] ‘I want to do it again tomorrow.’ “ Corey became hooked after his first taste of fame, and continued creating content. Slowly but surely, he started to amass a following and sponsors and advertisers eventually came calling. However, Corey told The Post it took five years before he finally started to get paid properly for his videos. The social media sensation — who is a college dropout — relocated to New York City three years ago after the money began pouring in. He now lives in a plush pad on the Upper West Side with his fiancée Alicia Aucoin and their 5-year-old son. Alicia frequently collaborates with her husband-to-be, and said the secret to their success is that they don’t take themselves too seriously. “We put out trending videos, prank videos, food videos, anything that we think will be funny or entertaining,” she explained. “We’re not embarrassed by anything.” Corey claims his videos are “relatable” and that his “outrageous way of doing things is funny — to some people.” Despite raking in huge amounts of money from content creation, Corey still juggles two other jobs — one as a podcaster and the other as a morning radio personality. However, he believes his job as an influencer is the hardest of all, as it requires constant creativity and a whole lot of hustle. “It’s taxing, it takes it out of you,” he told The Post. But the star has no plans to quit content creation, and isn’t worried about opportunities drying up. Corey has already bought a home and has multiple investments, and is confident he’ll still have cash to splash into the future so long as he keeps up the grind. “I get more viewers than the Grammys,” he declared, “so why shouldn’t I get paid like it?”