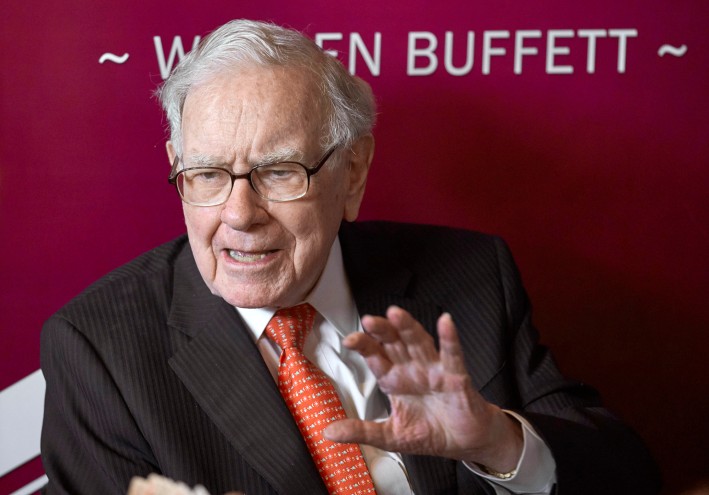 They don’t call him the “Oracle of Omaha” for nothing. Famed investor Warren Buffett’s firm, Berkshire Hathaway, acquired shares of video game giant Activision Blizzard worth nearly $1 billion during the fourth quarter – weeks before Microsoft bought the company for $68.7 billion. Activision Blizzard shares, which had been under pressure following a series of scandals, have surged more than 24% to $81.50 since the deal was announced on Jan. 18. The company is best known for producing hit video game series such as “Call of Duty” and “Warcraft.” The recent stock surge means Buffett’s firm is already set up for a tidy on-paper profit on its 14.66 million shares of Activision-Blizzard – worth approximately $975 million at the time of Berkshire Hathaway’s 13F filing with the Securities and Exchange Commission. Buffett was long thought to be wary of investments in tech stocks, preferring to take stakes in traditional blue-chip firms. But the billionaire has increasingly looked for opportunities in the tech sector in recent years. The timing of the acquisition could raise eyebrows given Buffett’s decades-long friendship with Microsoft co-founder Bill Gates, who served on Berkshire’s board for years before stepping down in March 2020. Buffett resigned from his role as a trustee at the Bill and Melinda Gates Foundation in June 2021 following the couple’s high-profile divorce. In 2018, Buffett said his firm never bought shares of Microsoft due to concerns that any developments that arose after he acquired a stake “would be the target of suggestions, or accusations even, that [Gates] had told me something or vice versa.” Berkshire Hathaway has earned a massive on-paper windfall from its stake in Apple, which earlier this year became the first US company to achieve a $3 trillion valuation. If approved, Microsoft’s acquisition of Activision-Blizzard would be the largest tech deal in US history. It would also establish Microsoft as the world’s third-largest video gaming firm by revenue. However, the deal still needs to clear an antitrust review by regulators at the Federal Trade Commission. Activision Blizzard’s troubles stemmed from rampant allegations that top executives did little to address a culture of “frat bro” antics, sexual harassment and misconduct at the company. The state of California sued the company last July. The scandal reached as high as Activision Blizzard CEO Bobby Kotick, who reportedly knew about alleged sexual misconduct at the company long before it became public knowledge. Kotick is expected to leave the company once Microsoft completes its acquisition – with a $390 million payout.