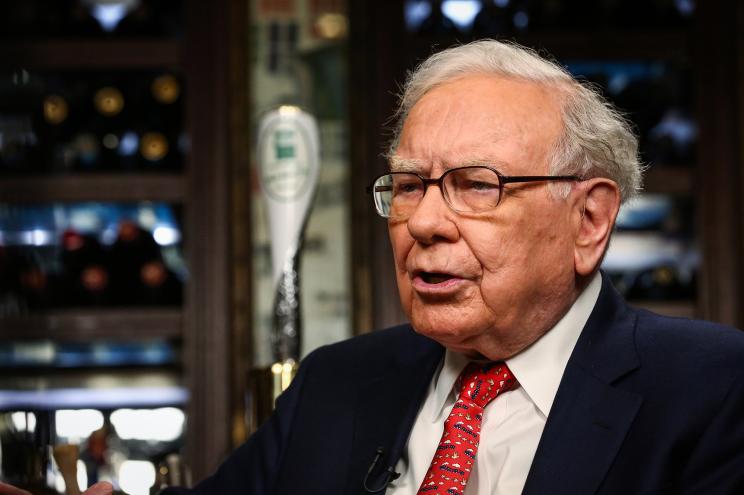 A major pension fund is backing an effort to oust the “Oracle of Omaha” Warren Buffett as executive chairman of Berkshire Hathaway – the lucrative conglomerate he has helmed for the last several decades. California Public Employees Retirement System, or CalPERS, the country’s largest state pension fund and a major Berkshire Hathaway shareholder, said it would vote in favor of a proposal calling for Buffett, who is also CEO of Berkshire, to give up his leading role on the board, according to an SEC filing. The proposal was first introduced by the National Legal and Policy Center, a nonprofit and minor shareholder that has argued Berkshire Hathaway’s board chairman should be replaced with an independent director. The shareholder proposal is set to be considered at the company’s annual meeting on April 30. ‘We believe these roles – each with separate, different responsibilities that are critical to the health of a successful corporation – are greatly diminished when held by a singular company official, thus weakening its governance structure,” the shareholder proposal says. CalPERS has more than $450 billion in total assets under management and holds Berkshire shares worth roughly $2.3 billion, according to Bloomberg. Buffett, 91, current controls 32% in voting interest at the company. He has been the company’s chairman since 1970. In its 2022 proxy filing, Berkshire Hathaway’s board of directors indicated that it opposes the proposal. “The Board believes that as long as Mr. Buffett is Berkshire’s CEO, he should continue as Board Chair and as Berkshire’s CEO,” the board said in the filing. “However, as has been stated on numerous occasions by Mr. Buffett in the past, once Mr. Buffett is no longer Berkshire’s CEO, a non-management director should be named Board Chair. The Board agrees with Mr. Buffett and accordingly recommends that the shareholders vote against this proposal,” the filing added. Buffett’s office did not immediately return a request for further comment.