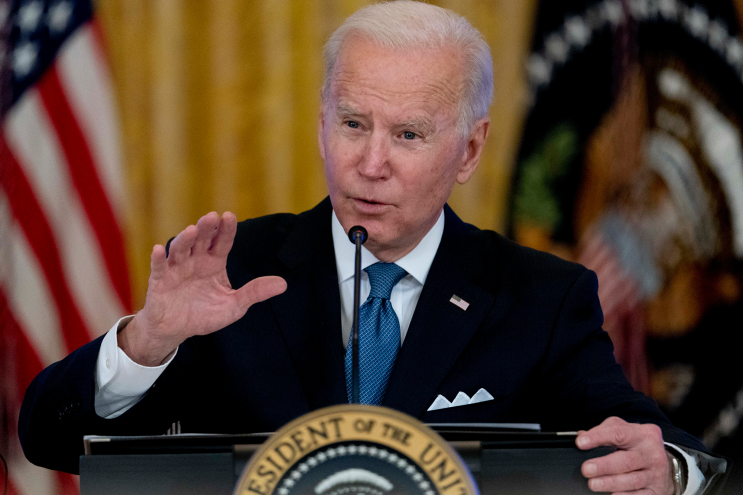 White House economic officials are engaging in early damage control ahead of the release of a January jobs report that is expected to show muted hiring growth due to the Omicron variant. David Kamin, deputy director of the White House National Economic Council, came out in front of the report to insist the labor market is on the upswing in an interview published Monday. “Forecasters see a large Omicron effect on employment in January, but expect that to reverse in future months as we see the wave beginning to come down,” Kamin told Axios. “That is very different from overall trends in the economy looking ahead.” The Labor Department’s monthly report is based on responses to a survey of weekly payrolls, which generally includes the 12th day of each month. In January, the week of the 12th coincided with an ongoing surge in COVID-19 infections as the Omicron variant spread across the country. As a result, the January report will not include hourly workers who were out sick, on leave or otherwise out of work during the week the survey was conducted. Economists project the US economy to add just 178,000 jobs in January, according to Dow Jones data. That would mark a decline from the 199,000 jobs added in a December report that fell well short of expectations. As Axios reported, some economists predict the jobs report could turn negative. White House National Economic Council director Brian Deese, a top adviser to President Biden, told CNBC last Friday that Americans “need to be prepared for January employment data that could look a little strange.” “The way that the government samples the data is to take a snapshot in an individual week and survey companies,” Deese said. “And if somebody is out sick for that week — even if they have not been laid off, if they weren’t paid getting paid sick leave — they will not be counted as employed.” Deese noted an ongoing decline in US unemployment — which hit 3.9 percent in December — as well as the record number of jobs added in calendar year 2021 as proof of a strong labor market. White House officials will not receive the January jobs report data until Thursday. The report will be released to the public on Friday morning.