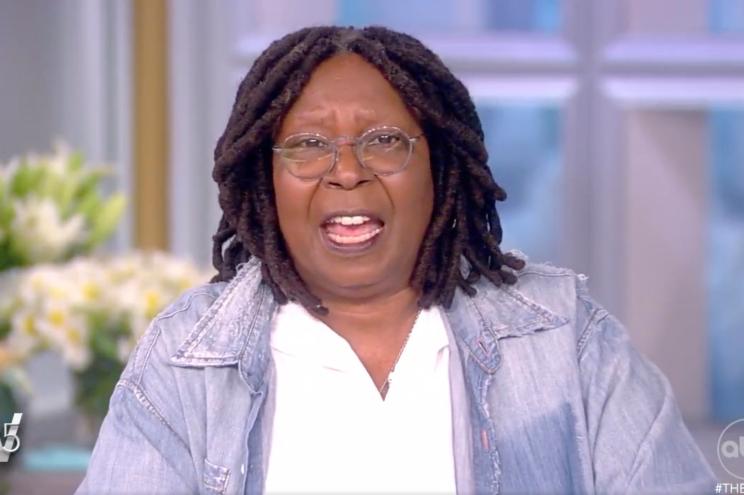 “The View” co-host Whoopi Goldberg targeted the sale of assault rifles including the AR-15 during a fiery rant on Tuesday following the deadly mass shooting at an elementary school in Uvalde, Texas. The talk show’s panelists held a lengthy discussion about how lawmakers should respond to the shooting, which left 21 dead, including 19 children and two teachers. Goldberg said the AR-15 and similar rifles should be banned, arguing that the gun has “got to go” because there’s “too much at stake” following recent mass shootings. “I don’t care, NRA — you’ve got to give that gun up. You can have your other ‘yee-haw’ guns, whatever you want,” Goldberg said. “The AR-15 is not a hunting gun. It is not a gun where you’re going to go out and shoot your dinner. This gun is meant to kill people, that’s what it’s for, and you can’t have it anymore.” “And I’m not even going to tell you how pissed I am that so many folks are saying, ‘Well, you can’t have what you need for your body. Forget my body,’” Goldberg added. “You can’t have this gun because it kills people and children and I’m sick of it.” OUTRAGE OVER FAILED RESPONSE TO TEXAS SHOOTING: As the demand for answers grows louder after more reports emerge about the Uvalde police’s response to the shooting that resulted in 19 children and two teachers being killed, #TheView panel discusses. https://t.co/cVclFZQmjA pic.twitter.com/IKJ01gflD0— The View (@TheView) May 31, 2022 Goldberg expanded on her stance later in the conversation, comparing gun ownership rights to the ongoing debate over abortion rights after a leaked opinion earlier this month suggested the Supreme Court was preparing a reversal of Roe v. Wade. “I don’t want all your guns the way you don’t want to take away all my rights to abortion,” Goldberg added. “I don’t want all your guns. I want that AR-15. I want it. And we’re going to vote it out. So it’s going to not be acceptable.” Salvador Ramos, who committed the school massacre before being shot dead by law enforcement, legally purchased two AR-15-style rifles for his 18th birthday. Buffalo supermarket mass shooting suspect Payton Gendron is charged with using a similar style rifle to kill 10 people earlier this month. The National Rifle Association did not immediately return a request for comment on Goldberg’s remarks. President Biden is among those who have signaled support for a ban on assault-style weapons, including the AR-15. Meanwhile, gun rights proponents argue that such a ban would infringe on the Second Amendment. Goldberg previously expressed outrage toward Republican lawmakers over the debate, declaring last week that she would “punch somebody” if she heard another GOP politician offer condolences to shooting victims without supporting new gun control measures.