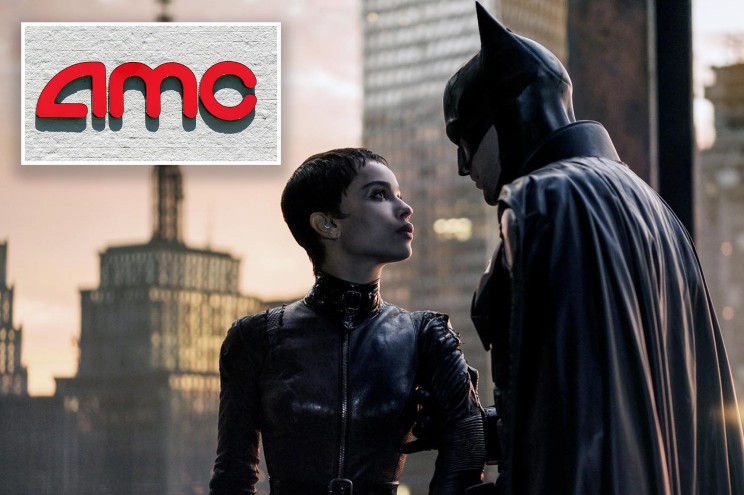 DC Comics fans may need to carry some extra cash with them if they’re off to see “The Batman” this weekend. AMC theaters are planning to charge higher ticket prices for the Robert Pattinson superhero flick when it opens this Friday, March 4. The cinema chain is experimenting with variable pricing for films, meaning they want to charge more money for certain, presumably higher-budget movies. AMC’s CEO Adam Aron announced the news on Tuesday during a web call about the company’s quarterly profits: “Currently, our prices for ‘The Batman’ are slightly higher than the prices we are charging for other movies playing in the same theaters at the same time,” he said. Aron then said that the transition follows a few years after they raised weekend prices for some of its locations in the United States, Deadline reported. “This is all quite novel in the United States, but actually AMC has been doing it for years in our European theaters. Indeed, in Europe we charge a premium for the best seats in the house — as do just about all sellers of tickets in other industries — take sports events, concerts and live theater, for example.” he explained. Aron also claimed he sees “considerable upside opportunity ahead if we continue to be imaginative” on ticket prices. “AMC has been a bold thinker in the area of pricing,” he said. “One who is willing to take risk, and one who is willing to lead, and one who sees considerable upside opportunity for us ahead if we continue to be imaginative.” see also According to The Verge, the UK-based AMC subsidiary Odeon imposed more cash for moviegoers to sit in the “Premier” seats in the middle of its theaters. These special seats cost around $12.65, compared to $10 for a regular seat at a cinema in South London. They are also charging $13.30 for “The Batman” while “Sing 2” is only $10. Meanwhile, at a Long Island theater, tickets for the Tom Holland adventure film “Uncharted” are $19.49, while “The Batman” will be sold for $20.49. In Los Angeles, “Uncharted” was sold for $17.49 for an adult ticket and “The Batman” is charging $25.49. Financial analyst Eric Handler discussed the idea of variable pricing with The Hollywood Reporter back in 2019. “When you charge a lower price, right there you are saying the movie isn’t as good as another film. You are saying you have to discount it in order for people to show up. I don’t think that is something you will see any time soon,” he told the publication. Charging more for different movies in 2022 could be a direct response to the coronavirus pandemic that rocked the entertainment industry. Hollywood is attempting to cover its losses as people start to head back to the movie theaters instead of just streaming films at home.