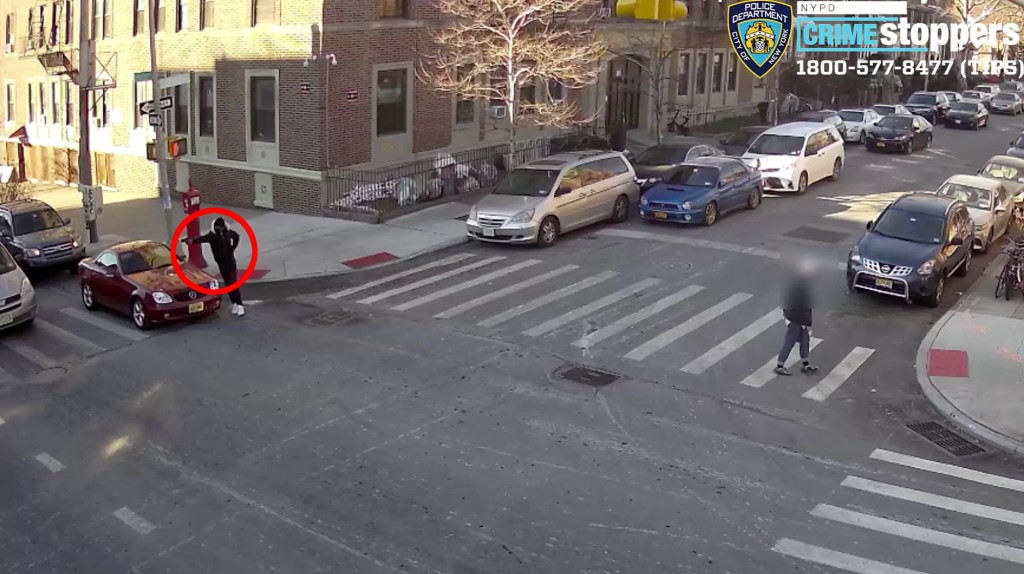 Wild video just released by cops shows a gunman opening fire in the middle of a Brooklyn street in broad daylight last week, injuring another man. The surveillance footage captures the suspect walking on the sidewalk around 9:15 a.m. Jan. 27 and then crossing at the intersection of Montgomery Street and Rogers Avenue in Crown Heights, where he suddenly pulls a gun. He lets off a few rounds a moment after a pedestrian crosses the street and right in front of a driver stopped at a red light, according to the footage, which was released late Monday. A 22-year-old man was struck by multiple rounds and taken to the Kings County Hospital Center in stable condition, police said. The victim told investigators he did not know the shooter, according to police. The suspect was still on the loose Tuesday morning, and the motive remained unclear.