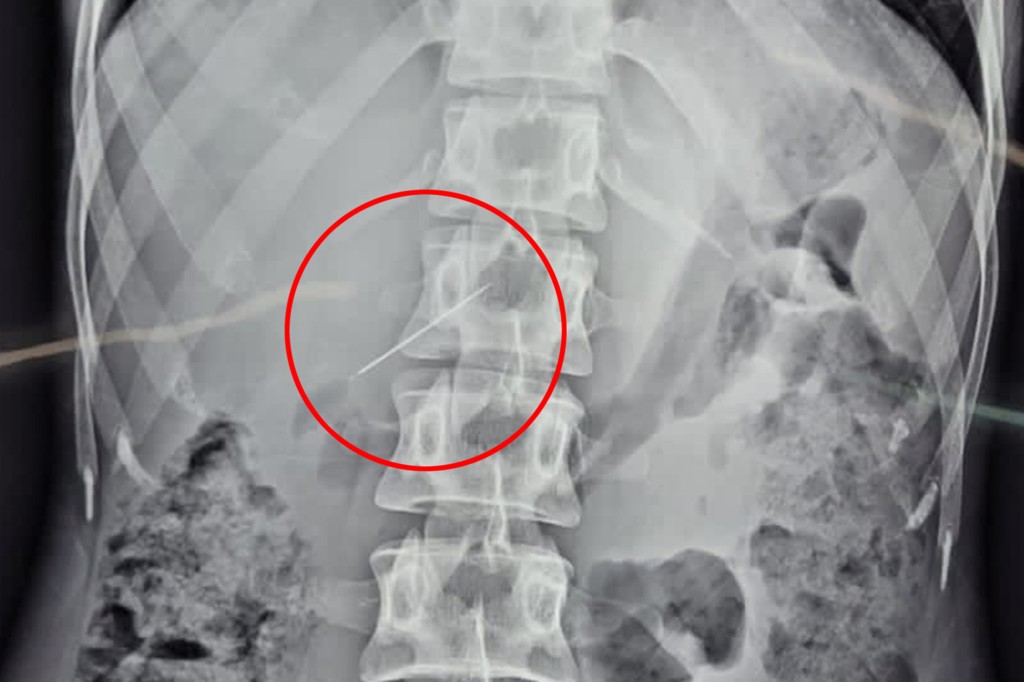 A woman struggled to breathe after a sewing needle got stuck in her teeth — and she then accidentally swallowed it. Shocking video shows the moment doctors removed the small object during emergency surgery. The unnamed woman came to MSM hospital in Jaipur, India, after complaining of stomach pains, according to Jam Press. Doctors were initially stumped by her condition and spent days trying to diagnose her. After 10 days of undergoing multiple examinations — including sonography, endoscopy, X-rays and CT scans — and being sent home, a final sonograph revealed the tiny needle stuck in her liver. The woman explained that the needle had gotten stuck in her teeth before she accidentally swallowed the small tool. Once the needle was discovered, she was rushed into surgery to remove the item causing her pain. The operation to remove the needle lasted two hours, Jam Press reported, and involved the use of keyhole surgery — a surgical method using a small incision. The surgery was video-recorded, becoming the first time that a needle or pin removal operation was done using telescopic surgery — an operation performed in the abdomen area using small cuts and a camera. It was unclear whether the needle had caused any lasting damage.