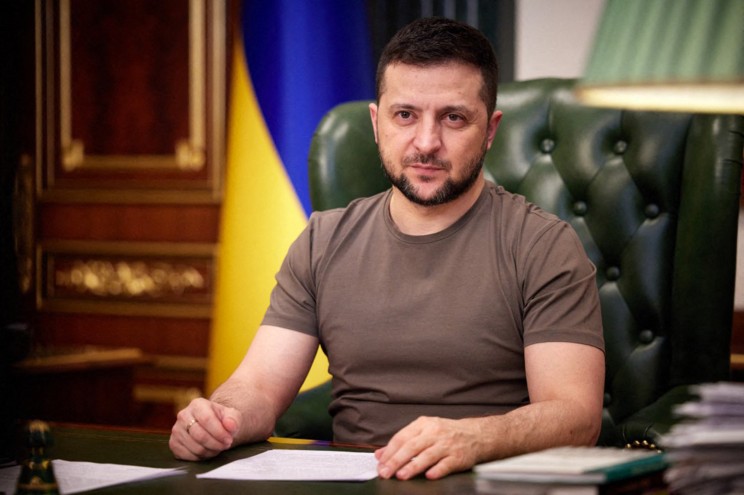 Ukrainian President Volodymyr Zelensky blasted Swiss food and beverage giant Nestlé for maintaining business ties to Russia despite its invasion of his country. “‘Good food. Good life.’ This is the slogan of Nestlé. Your company that refuses to leave Russia,” Zelensky said during a televised address to the people of Switzerland on Saturday. “Even now — when there are threats from Russia to other European countries. Not only to us. When there is even nuclear blackmail from Russia.” Nestlé , which makes KitKat candy bars, Gerber baby food, and Dreyer’s ice cream, has defended its decision to continue doing business in Russia. More than 400 multinational corporations have either partially or completely pulled out of Russia in the face of intense public pressure to cut ties with the country in protest of its military assault on Ukraine. A spokesperson for Nestlé, which employs more than 7,000 people in Russia, told CNN: “We have significantly scaled back out activities in Russia: we have stopped all imports and exports from Russia, except for essential products.” “We no longer make investments or advertise our products. We do not make a profit from our remaining activities.” The spokesperson added: “The fact that we, like other food companies, supply the population with important food does not mean that we simply continue as before.” “We are still one of the few active food companies in Ukraine and sometimes even manage to distribute food in Kharkiv.” Kharkiv is Ukraine’s second largest city. It is currently being shelled by Russian forces. Earlier this month, Nestlé announced it would halt all exports of its products from Russia except for essential items like baby formula. Nestlé also said it would not import Nespresso and other products into Russia, though it made exceptions for baby formula, cereal, and therapeutic pet foods. While hundreds of companies have already exited Russia, some that have attempted to leave, including Burger King’s fast-food rival McDonald’s, have encountered difficulties. Burger King’s parent company said that the fast food chain can’t shut down hundreds of stores based in Russia because its main franchisee in the country has “refused” to do so despite the ongoing Ukraine war. While McDonald’s has shuttered all of its corporate-owned stores in Russia, some local franchisees have continued. And Russia has eased laws governing intellectual property protections for Western firms active within the country — sparking concerns that local operators will look to exploit the new loopholes.