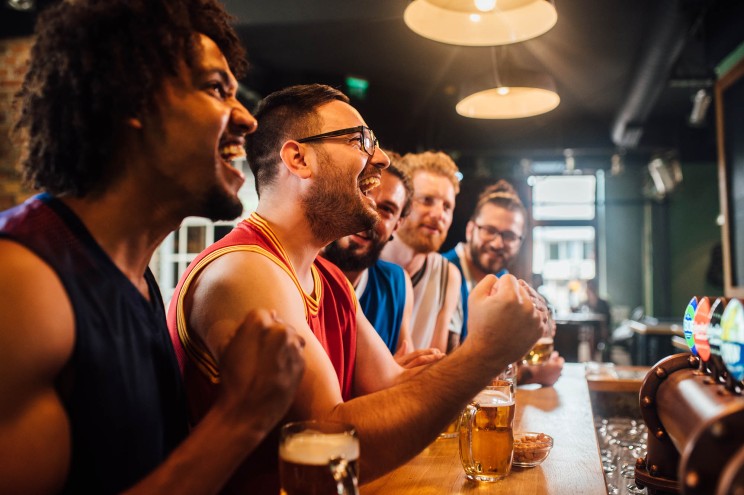 Super Bowl LVI is shaping up to one of the most-bet sporting events in history as states around the country have loosened rules on gambling and more people join in the fun. Americans will bet a record $7.61 billion on this year’s contest between the Cincinnati Bengals and the Los Angeles Rams, according to estimates. That would mark an increase of more than $3.3 billion, or a whopping 78%, compared to the previous year. A record 31.4 million Americans are expected to place online or in-person wagers on Sunday’s game – an increase of 35% compared to last year’s game, according to the American Gaming Association’s annual national survey. Sports betting tallies have exploded as more states legalize wagers for online and brick-and-mortar sportsbooks. A total of 30 states, as well as Washington D.C., currently offer legal sports betting, just a few years after the Supreme Court struck down a federal ban. Meanwhile, more than 18 million Americans are expected to participate in more casual wagers: a Super Bowl pool, squares contests or other bets with friends, according to the survey’s results. The NFL has fully embraced sports betting after years of shunning it. Caesars and DraftKings are both slated to run commercials during this year’s Super Bowl, with 30-second time slots selling for as much as $7 million, according to Variety. And New York’s recent launch of legal sports betting should provide a major boost to this year’s numbers. New York-based operators took more than $1.6 billion in wagers in January alone, outpacing every other state in the country and topping previous market leader New Jersey’s best month by $300 million. Of New York’s $1.64 billion total for January, $1.62 billion flowed through mobile sportsbooks. New Jersey’s figures for January won’t be released until Feb. 16. Caesars was the early leader among New York operators in terms of “handle,” or amount of money wagered, taking more than $615 million in bets last month. FanDuel and DraftKings are also top contenders. NFL Odds Scoreboard