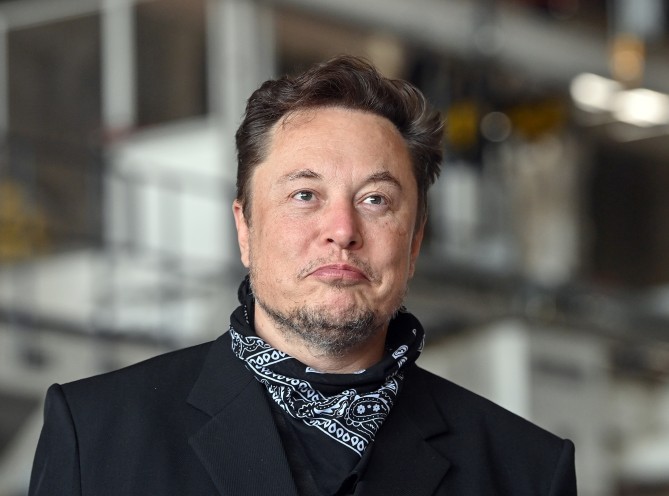 Elon Musk said he is “giving serious thought” to creating a social media platform that would compete with Twitter, saying that the latter has been stifling free speech. “Free speech is essential to a functioning democracy. Do you believe Twitter rigorously adheres to this principle?” Musk tweeted in a Twitter poll that he posted on Thursday. The next day, Musk took it a step further, writing: “Given that Twitter serves as the de facto public town square, failing to adhere to free speech principles fundamentally undermines democracy. What should be done?” In the same thread, a Twitter user asked the Tesla CEO about possibly “building a new social media platform” that would boast “an open-source algorithm.” The user proposed that the new platform would be one “where free speech and adhering to free speech is given top priority” and where “propaganda is very minimal.” To which Musk replied: “Am giving serious thought to this.” Given that Twitter serves as the de facto public town square, failing to adhere to free speech principles fundamentally undermines democracy. What should be done? https://t.co/aPS9ycji37— Elon Musk (@elonmusk) March 26, 2022 Tech giants like Twitter, Facebook, Google, and Amazon have been accused by some conservatives and free speech advocates of banning users with unpopular views. Then-Twitter CEO Jack Dorsey said last year that his company erred when it censored a New York Post article about Hunter Biden’s laptop in the weeks leading up to the presidential election. Former President Donald Trump, who was kicked off the large social media platforms immediately following the Jan. 6 Capitol riots, launched his own network, Truth Social, which bills itself as a conservative-friendly alternative to Twitter. It rocketed to the number-one spot on Apple’s free apps chart when it was made available for download in February — days after Trump made his only post on the site, telling fans that “your favorite president will see you soon.” But a combination of technical glitches, a lengthy waiting list to join, a collapse of the share price, and Trump’s apparent disinterest in posting messages has marred the app’s rollout. Musk, the world’s richest person, has also gotten in trouble for his itchy Twitter fingers. Am giving serious thought to this— Elon Musk (@elonmusk) March 27, 2022 Last week, the Securities and Exchange Commission on Tuesday filed papers in Manhattan federal court that noted the Tesla CEO was bound by a 2018 agreement to get permission in advance if he wished to tweet certain posts. Tesla said that this past November, the SEC sought “information on our governance processes around compliance” with a September 2018 settlement between the company and the regulatory agency. The subpoena was issued just 10 days after Musk triggered a stock sell-off when he asked his Twitter followers if he should sell 10% of his stake in the company. Tesla’s stock price dipped by some 16% over the course of the two days of trading that followed the tweet. As part of the settlement between Tesla and the SEC, Musk agreed to step down as chairman and to appoint independent members to the company’s board of directors. He also agreed to pay $20 million while the company kicked in another $20 million in fines. The SEC said Musk agreed to “establish a new committee of independent directors and put in place additional controls and procedures to oversee [his] communications.”