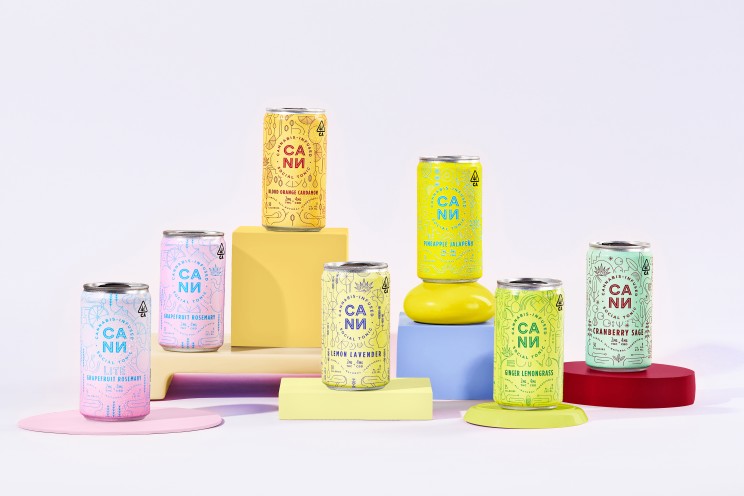 So you’ve got a pot startup and Gwyneth Paltrow used to be your babysitter. Super cute! Now show her the money. Last month, Cann — a sparkling, cannabis-laced beverage that gets you high — raised $27 million from investors as marijuana legalization rolls out in states across the US. That was after it nabbed the “Royal Tenenbaums” actress as an investor in an earlier seed round. Nevertheless, winning over Paltrow wasn’t quick or easy, according to Cann co-founder Luke Anderson. In February 2020, he says he scored a meeting with the Hollywood star-turned-wellness impresaria to pitch the THC- and CBD-laced beverage, which had debuted months earlier in 2019. Anderson, a former Bain & Co. consultant, had hoped to add the Goop founder as the “crown jewel” to his growing roster of celebrity investors, which at the time included Ruby Rose of “Orange is the new Black,” comedian Rebel Wilson, Glee actor Darren Criss and former NBA star Baron Davis. “Oh my God, you’re that kid I used to babysit a lot!” Paltrow said, according to Anderson, who had jogged her memory and surprised her about their early bond when she was 16 and and he was 2, both of them living on East 92nd Street in Manhattan. Nevertheless, Paltrow also told Anderson she wouldn’t back Cann because it “was barely working” and not getting enough traction, Anderson told On the Money. “I was heartbroken,” Anderson said. Fast forward to the summer of the same year, when Anderson managed to grab another meeting via FaceTime. This time, he showed Paltrow that Cann was indeed growing, even as bars and restaurants were getting shut down nationwide by coronavirus lockdowns. It worked. Paltrow became part of a $5 million seed round and Anderson’s largest celebrity investor in 2020. Now, Paltrow is among 30 celebrity brand ambassadors and investors shilling for Cann. “She used to change my diapers and now she supports me in selling drugs,” Anderson quipped. The $15 million company also got a boost from Ellen DeGeneres last April when the comedian told Jimmy Kimmel that Chelsea Handler had given her some cans of the brew. DeGeneres, who isn’t associated with Cann, then admitted that she’d sucked down three cans before she unexpectedly drove her wife, Portia de Rossi, to the hospital for an emergency appendectomy. Cann, which comes in such flavors as lemon lavender and grapefruit rosemary, contains 2 mg of THC and 4 mg of CBD, which is considered a low dosage. The latest funding round in February is aimed at increasing Cann’s distribution and production, including in Canada. Marijuana is still illegal under federal law and can’t be shipped across state lines, so Cann must have a manufacturing facility in every state where it’s sold. Currently, Cann is sold in just six states – Arizona, California, Illinois, Massachusetts, Rhode Island and Nevada. New York still doesn’t allow licensed retailers to sell recreational weed, but Anderson expects cannabis drinks to be available in the Empire State within a year.