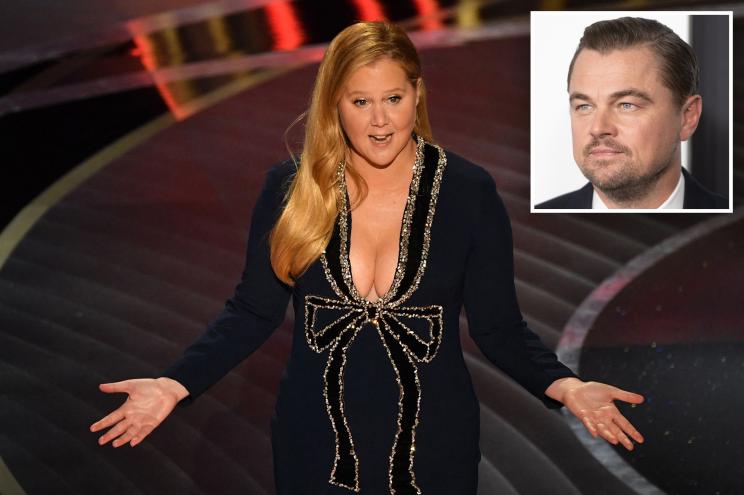 She denies being a comedy crook. Will Smith’s viral slap wasn’t the only controversy to emerge during the Oscars: Comedian Amy Schumer recently refuted claims that she pilfered a joke about Leonardo DiCaprio during her speech at the 2022 Academy Awards. The 40-year-old “Train Wreck” star stated her case during an appearance on “Watch What Happens Live!” with Andy Cohen. “I’m funny enough, I don’t need to steal s–t,” Schumer insisted in the segment. She was referring to her Oscars spot, in which the comedian lampooned 47-year-old DiCaprio’s penchant for dating younger women. “He has done so much to fight climate change and leave behind a cleaner, greener planet for his girlfriends,” she joked. Then, during the call-in segment of “WWHL,” a fan asked if she’d lifted the one-liner from a nearly identical post on Twitter from December 2021. However, the comic, who has been accused of joke theft in the past, quickly shot down the allegations. “Well, I would like to say, I haven’t personally been on Twitter. I’ve had my assistant do it, just so I can remain alive and not kill myself,” the “Inside Amy Schumer” host responded on the air. “And also, that joke was written by Suli McCullough.” She added, “But I thank you guys, always, for making sure that I don’t start thievery.” The funny gal even claimed that she passed a polygraph test for Vanity Fair, insisting “they asked me, thank god, ‘Have you ever stolen a joke?’ and I said no, and it was ‘that’s true.’” “Everybody just chill,” summed up Schumer, who was infamously accused of plagiarizing jokes in 2016 by female comics Wendy Liebman, Tammy Pescatelli and Kathleen Madigan. The self-proclaimed feminist has since refuted the charges on SiriusXM’s “The Jim Norton Advice Show.” Meanwhile, all three accusers have subsequently softened their criticism of Schumer: Liebman and Madigan have deleted some of their tweets, and Pescatelli said on the Norton show that some of her criticism “went too far, and I’m super-apologetic.” In another Oscar news involving Schumer, the comedienne recently called Will Smith’s viral slap of Chris Rock at the 2022 Oscars a “f–king bummer” and all about “toxic masculinity.”