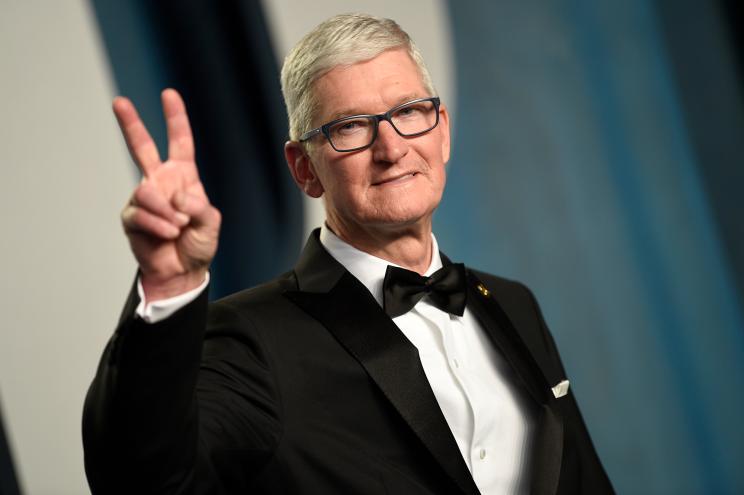 Apple’s return-to-office policy is far stricter than other big tech companies — and some employees say they plan to quit in protest. While Meta, Google and Amazon are letting at least some employees work remotely forever, Apple CEO Tim Cook is ordering all corporate employees back into the office at least one day per week beginning on April 11. The mandate ratchets up to two days per week on May 2 and three days per week on May 23. “I don’t give a single f—k about ever coming back to work here,” one Apple employee ranted on corporate message board Blind this week, saying that they planned to resign the day they come back to the office. “I’m going to go in to say hello and meet everyone since I haven’t since I started and then sending in my resignation when I get home,” the employee wrote. “I already know I won’t be able to deal with the commute and sitting around for 8 hours.” Another Apple employee responded with a laughing emoji and wrote: “I’m gonna do the same.” “Hell YEAH my man let’s do this!” a third employee chimed in. “F–k RTO.” Apple employees will be required to go in on Mondays, Tuesdays and Thursdays, while Wednesdays and Fridays will be “flexible.” Employees will also be allowed to work fully remotely for up to four weeks per year. By comparison, Google is also requiring many employees to come in three days per week starting this coming Monday — but unlike Apple, Google is giving some employees the option of switching offices or working fully remotely forever. The offer includes the caveat that employees could take pay cuts if they leave the San Francisco Bay Area or New York City for less expensive parts of the country. Meta is also letting employees apply to work from anywhere, although “Metamates” who move may also face pay cuts. And Amazon originally planned to push employees back into the office three days per week but later reversed that policy, leaving the decision up to individual teams. Several Apple employees said they’re jealous of other tech firms’ remote work policies and are looking to quit. “Totally bummed and looking into full remote jobs now,” one Apple employee wrote. Another said they were in the final stages of interviewing at several rival tech firms due to Apple’s return-to-office policy. In a March memo announcing Apple’s return-to-office policy, Cook acknowledged that some employees might not want to come back. “For many of you, I know that returning to the office represents a long-awaited milestone and a positive sign that we can engage more fully with the colleagues who play such an important role in our lives,” Cook said. “For others, it may also be an unsettling change.” Or as another Apple employee put it on Blind: “F–k apple RTO.” Apple did not respond to a request for comment.