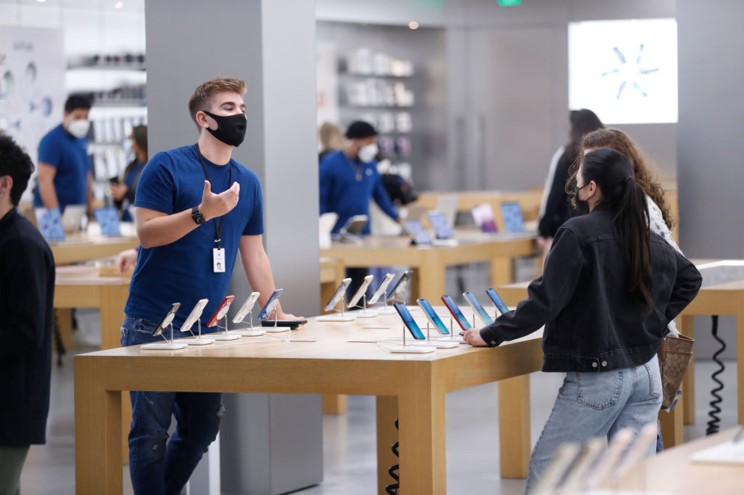 Apple is sweetening the deal for its retail workers as it looks to retain staff in a tight labor market. The iPhone maker will offer an enhanced sick time policy and more vacation days, among other perks. The upgraded benefits will be available to Apple’s full-time and part-time workers at US stores beginning on April 4. The changes surfaced after Apple weathered criticism from its retail workforce in recent months, with some workers threatening a walkout in December while demanding better sick leave and working conditions. Workers will now receive twice as many annual sick days, with full-time retail employees receiving 12 days per year, up from six under the old policy guidelines, the company confirmed to The Post. The sick days can also be used for mental health leave as well as other needs, such as taking relatives to the doctors. Full-time employees will receive additional annual vacation time beginning at three years of service rather than five. Additionally, part-time workers will receive up to six paid vacation days per year and paid parental leave. Part-timers will also be eligible for perks such as emergency child or elder care. An Apple representative told Bloomberg the updates were developed over several months. The company did not immediately return a request for further comment. Last year, Apple gave its retail workers a rare bonus of up to $1,000 ahead of the holiday shopping season. With the US unemployment rate hovering at 4%, companies are locked in intense competition to retain workers and fill open roles. US employers had 10.9 million job openings in December, and there were approximately 1.7 job openings for every US worker considered unemployed in the month. Many companies, including Apple’s fellow tech giant Amazon, are offering enhanced pay or benefits. Apple operates 270 retail stores in the US.