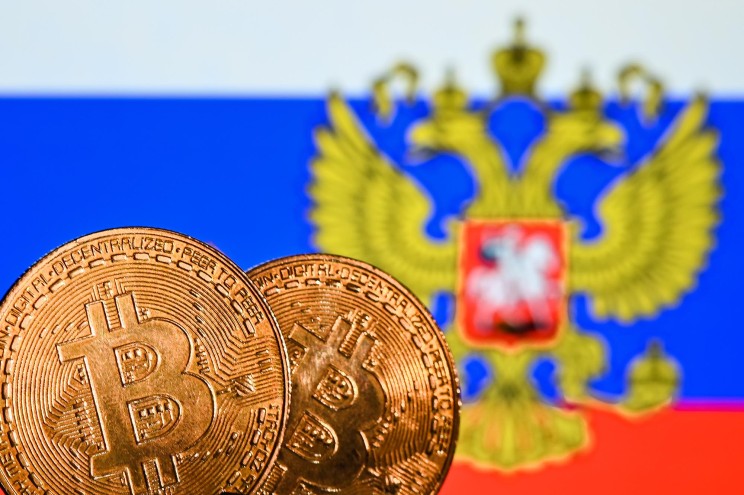 Bitcoin extended its rally on Monday morning, outperforming other cryptocurrencies as Russia’s war in Ukraine kept stocks in a slump. As of Tuesday morning, bitcoin had surged 17.2% to $44,600 over the previous 24 hours, according to data from Coinbase. Other digital coins showed smaller but still significant gains. Ethereum was trading up 14.1% at around $3,000, while Solana spiked about 10.0% to $100 and XRP was up 8.6% at $0.06. The crypto surge comes amid a spike in transactions between bitcoin and the Russian and Ukrainian currencies, which have both tanked since Vladimir Putin ordered his troops to invade Ukraine last week. Unlike in some previous crypto rallies that saw bitcoin outperformed by smaller cryptos and “meme coins” like Elon Musk-endorsed Dogecoin, bitcoin appears to be the clear winner this during this week’s surge. Marc van der Chijs of First Block Capital told The Post this may be an indication that the latest round of cryptocurrency buyers plan to use bitcoin to make daily transactions rather than as a speculative investment. “iI you really want to use crypto to pay, bitcoin is the crypto to go to,” he said. “You can get a bitcoin credit card or a bitcoin debit card nowadays.” Some online retailers also accept bitcoin and a small-but-growing number of ATMs around the world allow users to convert bitcoin into cash on demand. As the Russian ruble tanks and western bank sanctions mean that some credit and debit cards may stop working in Moscow and St. Petersburg, these options may be becoming more appealing for Russians. Russia is the world’s third largest crypto miner after the US and Kazakhstan, according to data from Cambridge University. It’s unclear how western sanctions on the country will affect that industry.