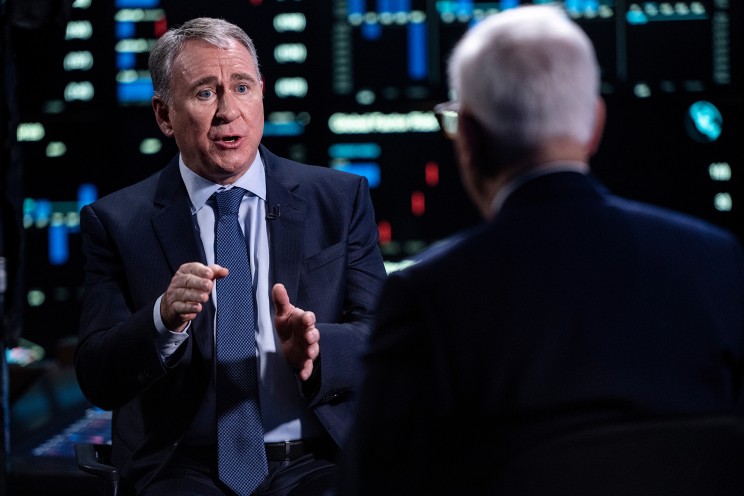 Citadel founder Ken Griffin and the owners of Major League Baseball’s Chicago Cubs have submitted a joint bid to buy Chelsea FC – joining a growing list of potential buyers ahead of a Friday deadline as sanctioned Russian oligarch Roman Abramovich moves to sell the team. Griffin, who has an estimated personal fortune of $27.5 billion, and the Ricketts family, the longtime owners of the Cubs, are leading an investment group set to submit a bid. Citadel, the Chicago-based hedge fund, is not involved, according to a spokesperson for Griffin. “As long-time operators of an iconic professional sports team, the Ricketts Family and their partners understand the importance of investing for success on the pitch, while respecting the traditions of the club, the fans and the community,” the Ricketts family said in a statement confirming the bid. The joint bid from Griffin and the Ricketts family is one of more than 20 offers expected for Chelsea FC, the reigning victors in Europe’s Champions League and a perennial contender in the United Kingdom’s Premier League. Abramovich has owned the franchise for the last two decades. Other prospective bidders for Chelsea FC include Apollo Global Management co-founder Josh Harris, who already co-owns the Premier League’s Crystal Palace, as well as Los Angeles Dodgers co-owner Todd Boehly, according to Bloomberg. California-based asset management firm Oaktree Capital Management is also said to be a contender. New York Jets owner Woody Johnson submitted a $2.62 billion bid for the team, while Saudi Media Group submitted a bid worth well over $3 billion, according to The Sun. The competitive bidding process could drive up the price for Chelsea FC, which is considered one of the Premier League’s elite franchises. Last April, Forbes estimated the club was worth about $3.2 billion. Abramovich initially ceded control of Chelsea FC’s operations to trustees of the team’s charitable organization following the Russian invasion of Ukraine. But team operations – including Abramovich’s bid to sell Chelsea FC – were impacted after the British government sanctioned him and other Russian billionaires with close ties to the Kremlin. While Abramovich’s assets are frozen, Chelsea is operating under a special government license that allows the club to play games and pay staffers – though it can’t sell tickets, merchandise or anything else that might generate revenue for the oligarch. Earlier this month, Abramovich said he intends to donate “all net proceeds” from the franchise sale to a foundation that will benefit “all victims of the war In Ukraine.” With Post wires