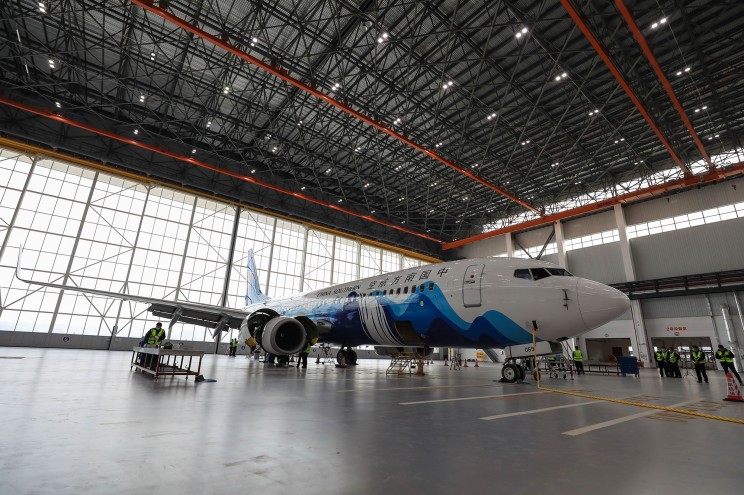 China Eastern Airlines has grounded its entire fleet of Boeing 737-800 aircraft – a move that came after the same widely-used plane model plummeted from the sky with 132 passengers on board earlier this week. An airline spokesperson said China Eastern and its subsidiaries have temporarily paused use of a total of 223 Boeing 737-800s. The planes will undergo safety checks and maintenance during the grounding. China Eastern Airlines is also planning an overhaul of its plane safety protocols following the incident, CNN reported. Authorities have yet to determine what caused China Eastern Airlines Flight 5735 to crash with no apparent survivors. The plane appeared to nosedive from a cruising altitude of approximately 30,000 feet. Flight tracking service FlightRadar24 said the plane “started to lose altitude very fast,” with a vertical descent of 31,000 feet per minute. Authorities recovered the plane’s black box from the crash site on Wednesday, which could provide clues about what happened. Boeing did not immediately return The Post’s request for comment on China Eastern Airlines’ decision. The incident occurred at a sensitive time for Boeing, which is attempting to recover after two deadly crashes involving its 737 Max model upended its business. The 737 Max is set to return to service in China soon after a three-year grounding following those incidents. Boeing addressed the crash in a statement earlier this week. “Our thoughts are with the passengers and crew of China Eastern Airlines Flight MU 5735. We are working with our airline customer and are ready to support them,” Boeing said in a statement. “Boeing is in contact with the U.S. National Transportation Safety Board and our technical experts are prepared to assist with the investigation led by the Civil Aviation Administration of China.” Boeing shares initially tanked following the crash, but have since rebounded above their level pre-incident. China Eastern Airlines is one of the country’s three largest air carriers, and Boeing 737-800 planes comprise a sizable portion of its fleet. The 737-800 model is also the most commonly-used Boeing plane, with 4,502 currently in use, according to aviation analytics firm Cirium.