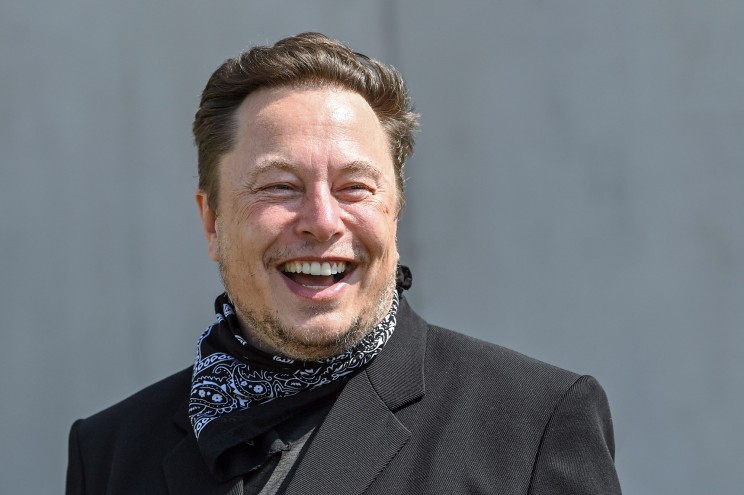 Tesla CEO Elon Musk donated around $5.7 billion in shares of the electric car maker to charity, according to the company’s filings. Tesla gave 5,044,000 shares to philanthropic organizations between Nov. 19 and Nov. 29 of last year, according to documents submitted to the Securities and Exchange Commission. At the time of the donation, shares of Tesla were hovering just above $1,000 apiece. It is not known which charities received the gift. Musk’s generous donation puts him second behind Bill and Melinda French Gates, who gave $15 billion to their own foundation last year, according to the Chronicle of Philanthropy. The Post has sought comment from Tesla. Last year, Musk was challenged by David Beasley, the director of the UN’s World Food Program, to donate money to help solve world hunger. Beasley said that a donation of just 2% of Musk’s wealth could help solve world hunger and save 42 million lives. “If WFP can describe on this Twitter thread exactly how $6B will solve world hunger, I will sell Tesla stock right now and do it,” Musk responded on Twitter. He added: “But it must be open source accounting, so the public sees precisely how the money is spent.” Musk, the world’s richest man whose net worth is estimated by Forbes to be valued at $243.8 billion, said he paid $11 billion in taxes last year after selling more than $16 billion worth of Tesla shares in the final two months of 2021. The Tesla founder exercised all the options on 22.8 million shares of stock that were due to expire. He sold off the stock in order to cover his tax bill. Musk’s company, in contrast, won’t pay a cent in federal income tax despite reporting a record profit of $5.5 billion last year. Shares that are donated to charity are not subject to capital gains tax. Companies will often write off charitable donations in order to reduce their tax burden. Musk, 50, doesn’t draw a salary from the electric car company he founded. His fortune comes from stock awards and the gains in Tesla’s share price. Shares of Tesla rose by nearly 4% in early morning trading on Wall Street on Tuesday.