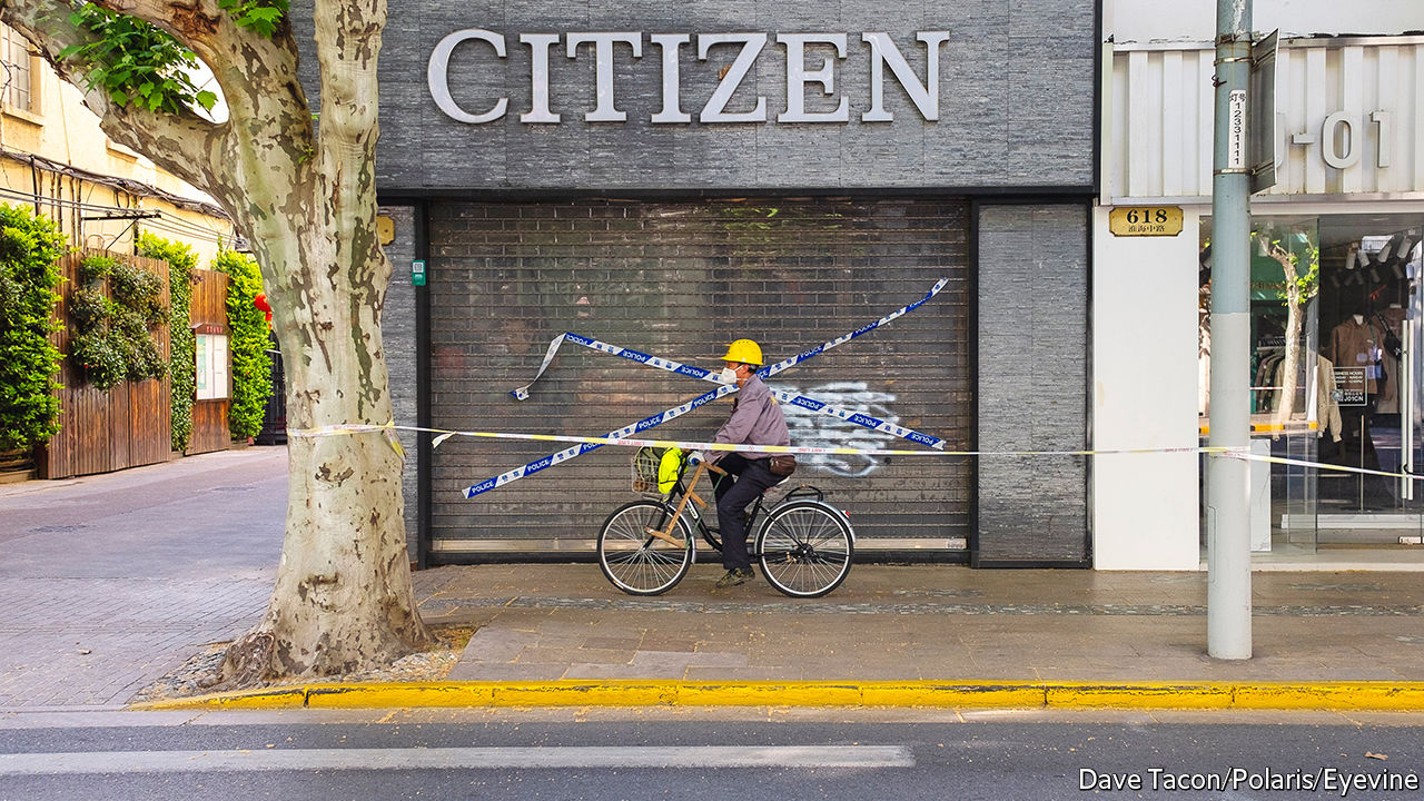 When china was locked down during the first wave of the pandemic in early 2020, economic forecasters had to make two predictions: how much would the economy suffer? And how much of this suffering would the official statistics be allowed to reflect? When China reported a historic 13.5% decline in industrial production in January and February 2020, compared with a year earlier, it surprised many forecasters not because it diverged from their bleak view of the economy, but because it challenged their cynical view of the statisticians. Now that China is squirming under its most stringent lockdowns since early 2020, the same conundrum has returned. How bad will the economy get? And how faithful will the data be? An early answer to both questions arrived this week. The data were worse than expected, and therefore worthier than feared. On May 16th China reported that industrial production fell by 2.9% in April compared with a year earlier. Compared with the previous month, it fell by over 7%, according to the National Bureau of Statistics. The number was the most consequential surprise since the spring of 2020, according to a measure by Goldman Sachs, which considers both the scale of the forecast error and the significance of the indicator. Retail sales fell by 14% compared with a year earlier, once adjusted for inflation. Catering fell by more than 22% and car sales by over 30% in nominal terms. In locked-down Shanghai, sales of cars were “about zero”, according to the Shanghai Automobile Sales Association. Some of the most spectacular declines were in the all-important property sector. Sales of new homes fell by 42% and housing starts by over 44%. Even China’s unemployment figures, long mocked for their uncanny stability, were morbidly interesting. In 2018 China rolled out a new unemployment survey in its cities. This superseded an older, spectacularly uninformative measure, which counted the number of people who qualified for, and were able to claim, unemployment benefits. The new survey showed unemployment rising to 6.1% in April, still a little below its peak of 6.2% in February 2020. But in 31 big cities, unemployment is now 6.7%, whereas it reached only 5.7% in 2020. This suggests that Omicron—or the policy response to it—has hurt China’s larger cities disproportionately. The pattern of economic pain is different this time. It remains to be seen whether these grimly realistic monthly indicators will translate into a similarly unflattering official gdp figure for the second quarter. When the pandemic first struck, China had yet to commit itself to an official growth target for the year. That perhaps gave it more leeway to report a big drop in first-quarter gdp. This year, by contrast, China’s leaders have already set a target of around 5.5%, and promised as recently as April 29th to try to meet their economic goals. It is just not clear how. On May 15th China’s authorities said the floor on mortgage rates would be cut for first-time buyers. But that will make little difference if people cannot go out to view properties. The government has also placed great emphasis on infrastructure investment. But this increased by only 4.3% in nominal terms in April, compared with a year earlier—far short of the 18% pace that Natixis, a bank, thinks it needs to reach if China is to grow anywhere near 5% this year. Until the authorities relax their covid controls, their efforts to revive growth are likely to be ineffective. They must therefore be hoping that Omicron recedes fast enough to allow growth to catch up later in the year. Alternatively, if China cannot bring itself to abandon its growth target, it may have to fiddle its gdp figures. That would be a pity. Many of China’s economic indicators may be shrinking dramatically. But their credibility edged up this week. ■ For more expert analysis of the biggest stories in economics, business and markets, sign up to Money Talks, our weekly newsletter.