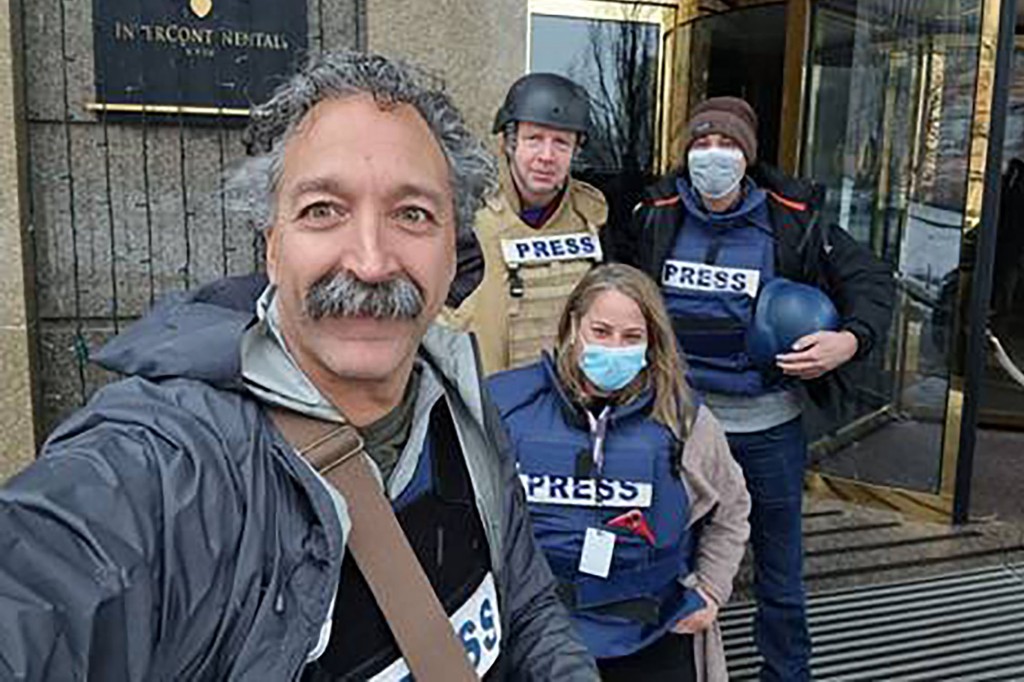 A veteran Fox News cameraman was killed while reporting on the invasion in Ukraine, the network announced Tuesday. Pierre Zakrzewski, 55, was with Fox correspondent Benjamin Hall when their vehicle came under fire Monday in Horenka, a northwest suburb of Kyiv, Fox News CEO Suzanne Scott said in a statement. “Today is a heartbreaking day for Fox News Media and for all journalists risking their lives to deliver the news,” Scott said. Hall was wounded in the incident and hospitalized. Zakrzewski was a seasoned conflict photographer, having worked for Fox in Syria, Iraq and Afghanistan. Scott added: “He was profoundly committed to telling the story and his bravery, professionalism and work ethic were renowned among journalists at every media outlet.” “He was wildly popular — everyone in the media industry who has covered a foreign story knew and respected Pierre.” Scott wrote that Zakrzewski helped Afghans who worked for Fox News during the US military campaign in Afghanistan to escape the country after the Taliban overran the American-backed government in the weeks leading up to the troop withdrawal. “Last year he played a key role in getting our Afghan freelance associates and their families out of the country after the US withdrawal,” Scott wrote. Zakrzewski’s death comes days after award-winning journalist and former New York Times contributor Brent Renaud, 51, was killed by Russian forces near Kyiv while sitting in his vehicle after passing through a checkpoint.