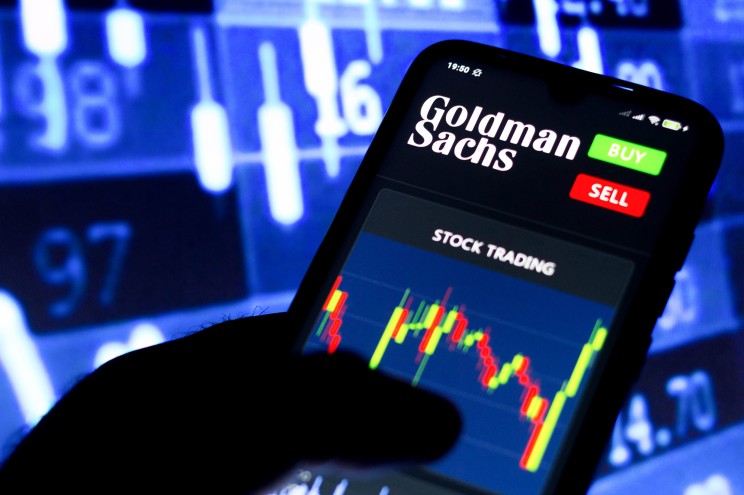 Goldman Sachs shelled out bigger bonuses this year than any other major US bank as Wall Street continues to grapple with a dire talent shortage, according to data obtained by a closely watched social-media account. For 2021, Goldman handed out bonuses for the rank and file that ranged between 76% and 226% of a juniors’ salary — far exceeding the payouts at archrivals Morgan Stanley and JPMorgan Chase, according to data obtained by Litquidity, an account on Twitter and Instagram that’s closely followed by younger financial types. Second-year analysts, for example, got a median bonus of $95,000, taking their compensation to $220,000 when combined with their $125,000 base, according to Litquidity. For third-year associates, a $375,000 median bonus when combined with their base salary of $225,000 took their total compensation to $600,000. Goldman’s booming bonus pool edged past the gains reaped by young bankers at archrival Morgan Stanley, where end-of-year payouts ranged between 69% and 114% of base. At JPMorgan, bonuses ranged from 64% to 114%. In previous years, Goldman got away with smaller salaries and bonuses because of its prestige. The tradeoff became known as the “Goldman discount” since junior employees saw working at 200 West St. as an investment that would pay off down the line. “There’s always been this idea of a Goldman Sachs discount,” Mark Moran Head of Growth and Operations at Litquidity, told The Post. “Now, the bank gets that just because its Goldman Sachs isn’t enough to retain people.” “Given the war for talent, they want to be a destination employer,” Mike Mayo, a bank analyst at Wells Fargo, told The Post. “This year, employees got the double benefit of pay and prestige.” Still, some Goldmanites privately told The Post they had doubts about sticking to the grind at Goldman, which last year drew a viral Power Point presentation from junior employees that complained of 100-hour work weeks and “abusive” conditions that endangered their physical and mental health. “This makes up for prior years,” a Goldman employee said. “But I don’t know if it’s enough to keep me,” this person added. In addition to grueling hours, some bankers are likewise concerned financial industry is no longer the primary path to getting rich, according to Moran. “There’s a lot of jealous people who perceive, ‘I took the right path — went to Wharton and got a job at Goldman — and some 18 year old who didn’t go to college is making more money than me on the internet with crypto and NFTs,’” Moran said. “There is no amount of money to compensate someone for that jealousy.” That’s despite the fact that at Goldman, VPs scored as much as $565,000 on their base of $250,000, taking their 2021 paycheck to $815,000, according to Litquidity. The information provided by Litquidity only includes numbers where the data points were confirmed by multiple sources. The numbers are the “median” rather than the average to make sure outlying data points don’t skew the information, Litquidity said. Litquidity found third-year Morgan Stanley associates — – who had a year more experience than their Goldman counterparts — saw their base salary jump from $200,000 to $225,00 and hauled in bonuses worth as much as $257,500 taking total compensation to $482,500. JPMorgan’s second year analysts made $125,000 this year — up from the $105,000 they made the previous year. They received a $92,000 bonus pushing their total comp this year to $217,000, according to the data. Third year associates — who had a year more experience than their Goldman counterparts — saw their base salary jump from $200,000 to $225,00 and hauled in bonuses worth as much as $250,000 taking total compensation to $475,000, according to Litquidity. European banks lagged their U.S. counterparts. Credit Suisse gave bonuses of 55% to 105% base salary. While the data for Deutsche Bank bonuses is incomplete, they gave second-year analysts the lowest reward of anyone on The Street: a bonus of just 38% base salary. UBS juniors fared better off — with bonuses ranging from 67% to 127% base salary. Goldman Sachs, JPMorgan, and Morgan Stanley all declined comment. After a Goldman Sachs PowerPoint presentation that called out brutal 105-hour workweeks and an “abusive” atmosphere leaked to Litquidity last year, banks were forced to rethink compensation. The slide deck that ricocheted around social media in March forced hands at Goldman and other investment banks: In Goldman’s case, CEO David Solomon in August boosted starting salaries from $85,000 to $110,000. Goldman and other peers promised a better work-life balance. The reverberations were felt across the financial industry. Other big firms, like JP Morgan Chase and Morgan Stanley, said they’d boost first-year pay to $100,000, while boutique investment bank Evercore put first-year salaries all the way up to $120,000. But even though Goldman eventually raised junior bankers’ salaries, they were the last major firm to do so — waiting until August to match the pay raises other banks were handing out.